What Games Are People Playing? The Orr Group Shows off Roll20 Stats

Roll20 is an interesting game platform. It’s designed for you and your distant friends to get together, just like the good old days, for a session of a tabletop RPG. The difference is that you’re using a virtual tabletop that comes with a ton of digital apps and assistance. The Orr Group, which is the company behind Roll20, has released some stats on what its players are playing. Where is your game of choice? 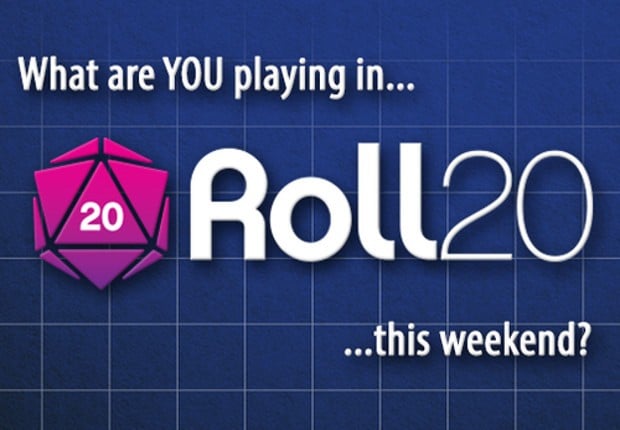 One of the things that the Orr Group mentioned in the report was that 10% of players identify as Warhammer 40K gamers, but less than 2% are actually playing the game on Roll20. The report says that this is puzzling to the group, based on the fact that 40k is usually played 1v1, but if you look at what is actually listed under “Warhammer 40k” on the website, it’s all RPGs that aren’t Dark Heresey, which has its own heading.

It seems that nobody is playing 40k, but that the Orr Group thinks that’s what this heading refers to. Notice anything else interesting in here? 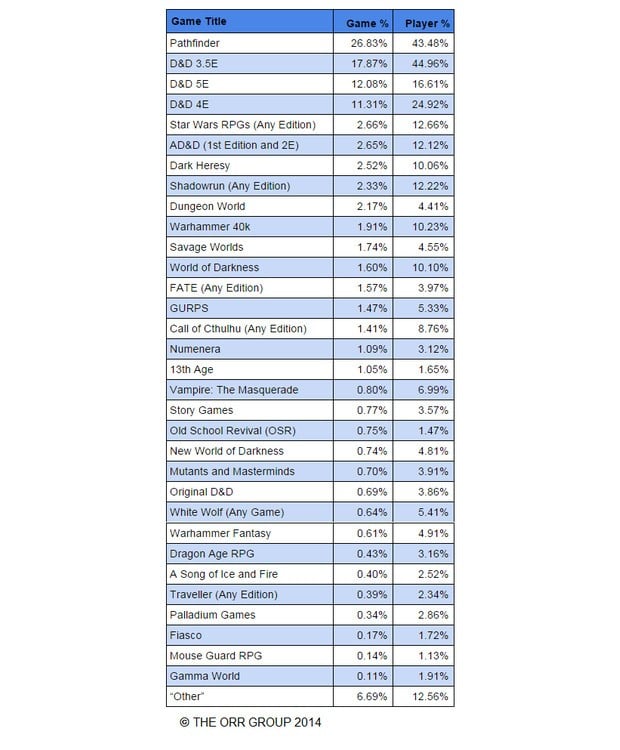 [via The Orr Group] 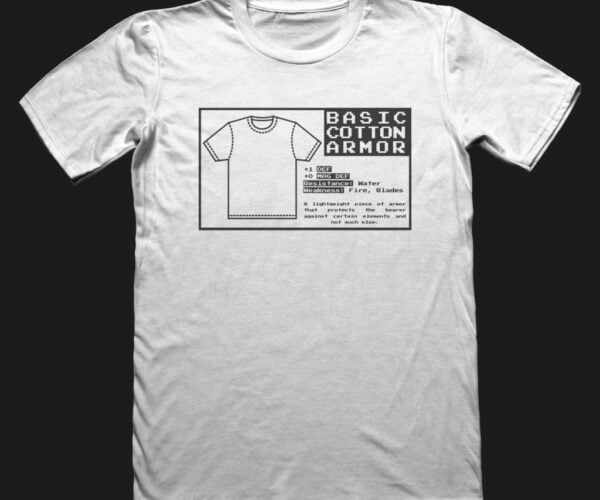