I think The Walking Dead’s Michonne has the right idea with her katana sword. It never runs out of ammo and can kill the undead with ease. The only downside to having a sword is that when you inevitably run up against evil humans bent on pillaging what you have, you have the literal knife at a gunfight. I think I’d like both a sword and a gun personally. 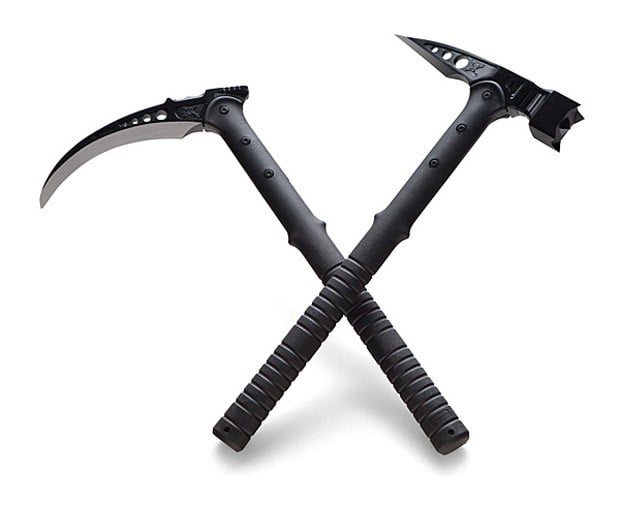 Actually, as I would cut myself on a sword, I’d rather have something easier to wield by the uninitiated like this M48 Tactical Survival Series 2.0 hammer or Kama. The hammer almost looks innocent enough; it’s just a hammer other than the big sharp skull-puncturing spike on the end. It can hammer up wood barricades by day and poke zombie brains at night. I like it! 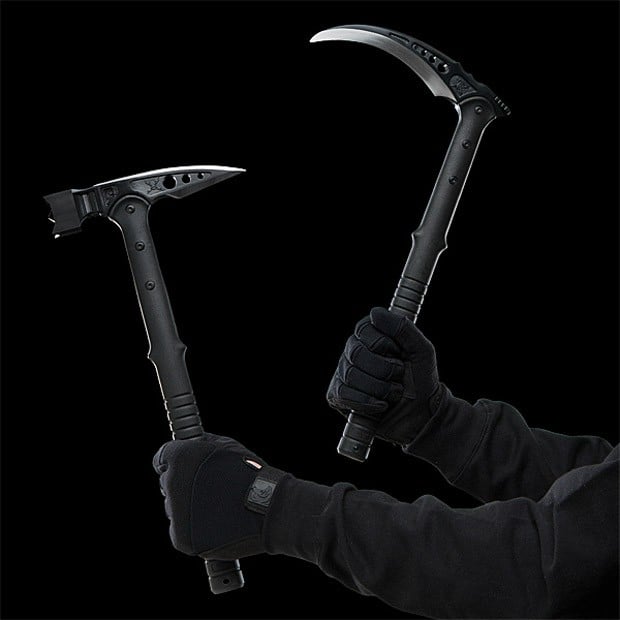 There is nothing innocent looking about the Kama version with its wicked curved blade. Both of these are made from 2Cr13 stainless steel and come with a nylon sheath. You can get either one for $39.99(USD) at ThinkGeek. 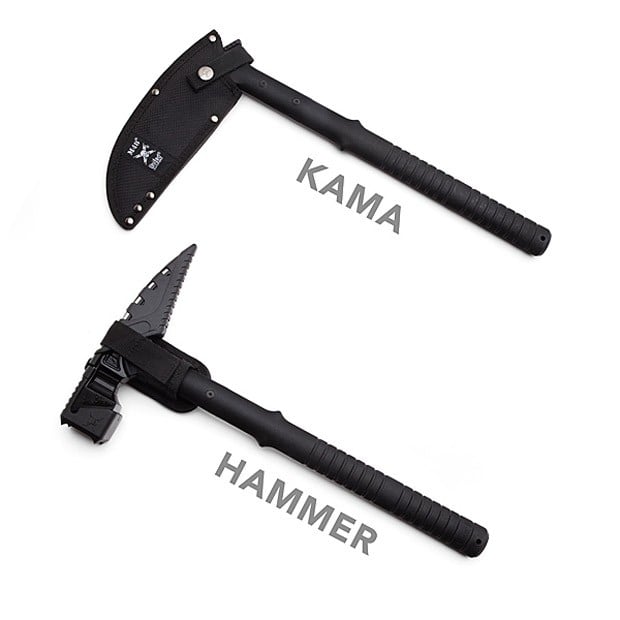