Fuhu is known for Nabi, its brand of kid-friendly tablets. The current top of the line Nabi is the Big Tab HD 24, a 24″ tablet. But this year Fuhu is expanding the Big Tab line with 32″, 43″, 55″ and 65″ models, with the latter two equipped with a 4K display. You whippersnappers and your fancy toys. 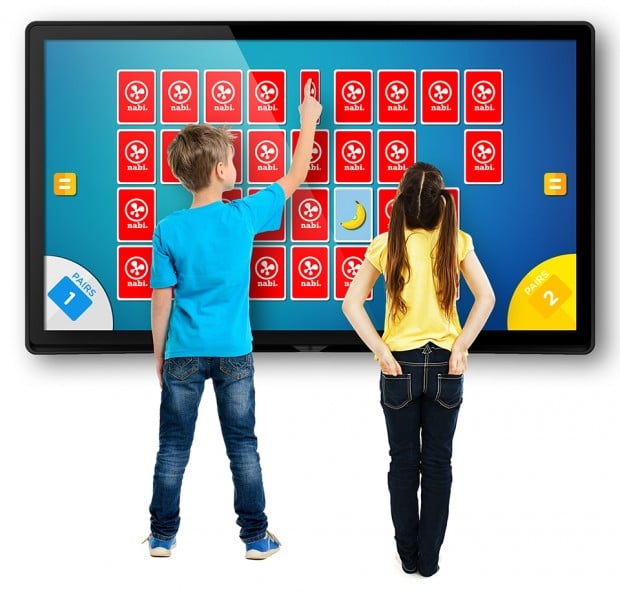 Aside from the expected WiFi and Bluetooth connectivity, the new Big Tab tablets will also have NFC, an HDMI input and up to 40-point capacitive touch. They will run on NVIDIA’s new Tegra X1 mobile chip, which is designed to handle 4K videos and “PC-like” gaming.

The tablets have a kid-friendly mode, but you can also unlock their full capabilities at any time and run them like a normal Android tablet.