Nanoarcade: A Tiny Arcade Cabinet on the Cheap

Have you always wanted an arcade cabinet, but didn’t have the space or the money to invest in one? Well Nanoarcade hopes to change that with their teensy arcade cabinet that’s small enough to keep in your desk drawer at work so the boss doesn’t see you playing it.

The 1/10th scale Nanoarcade has a complete arcade game system with a 3.2″ color display, a built-in speaker, a 360-degree joystick, and six buttons. Better yet, it runs on standard AA batteries. 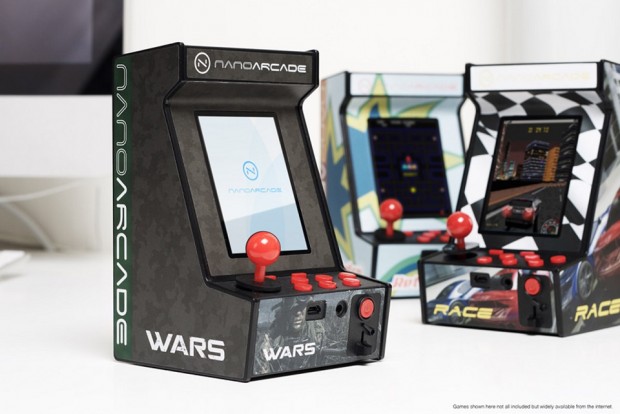 It’s also a bargain for early adopters, with the least expensive Kickstarter reward going for just $39 for early birds. For $59, you can score the starter pack, which includes a microUSB cable, three pre-designed cabinet stickers, and a blank one if you want to create your own cabinet art. 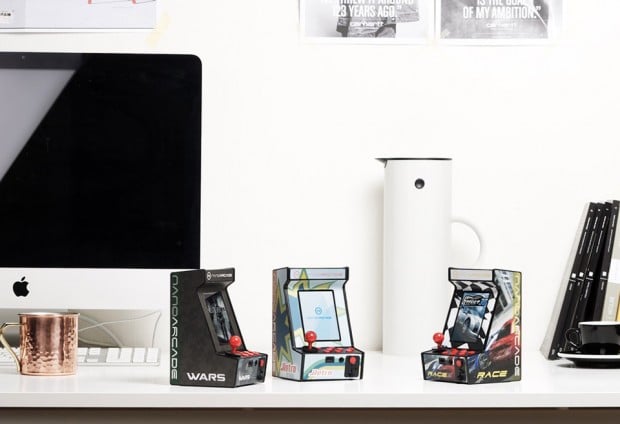 So what’s the downside to this tiny arcade machine you can fit in the palm of your hand? Well, it doesn’t play the real arcade games like MAME. Instead, it runs Java, and therefore can only play J2ME games – the sort you might play on older mobile phones. Its creators have pre-loaded the cabinet with a handful of games they’ve created, but you can load in additional games via its MicroUSB port. On the plus side, there are numerous J2ME games floating around the internet, some of them being clones of the classics.

To reserve your Nanoarcade cabinet, head on over to Kickstarter and pledge now. I just ordered one for myself, because why not. It’s a mini arcade machine for less than a single PS4 or Xbox One game.