Z-Hunter Machetes are for Slicing, Dicing, and Chopping Zombies

The other day, I mentioned the M48 Tactical Survivor series and reckoned they would be great weapons for the inevitable zombie invasion. Some other weapons have surfaced that specifically say they are for killing the undead hordes. These are called the Z-Hunter Machete Series and there are four weapons in the series. 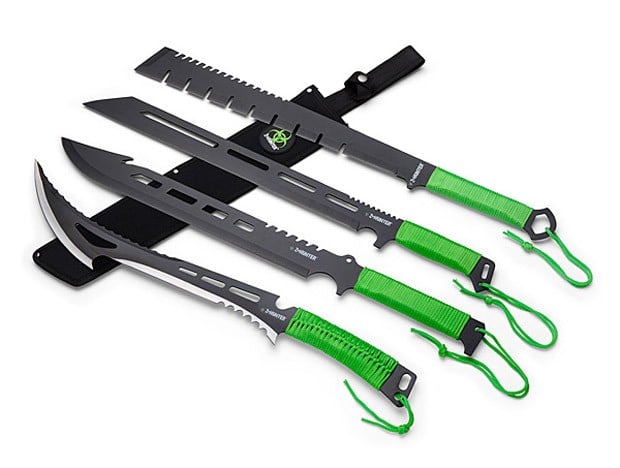 Each of the weapons has a specific task from chopping, slicing, severing, and carving up zombies. The Chop version has big serrated teeth and what appears to be a saw on the backside. The Slice version is more like a standard machete. 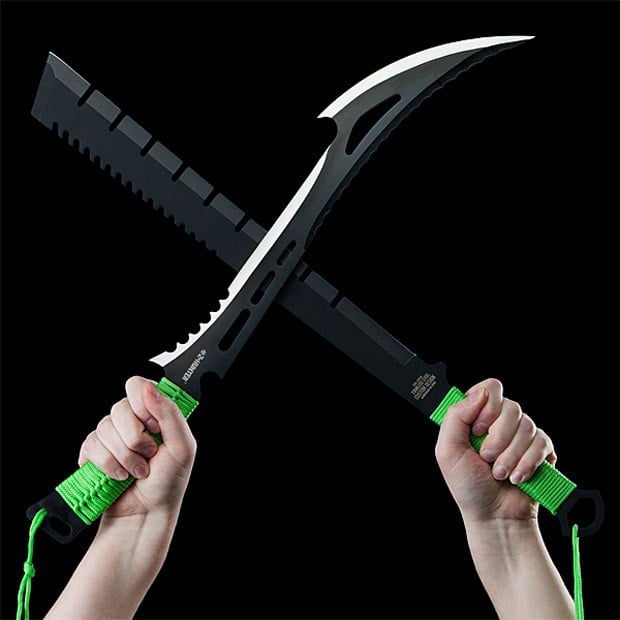 The Sever version looks like a big hunting knife. My favorite is the Carve version, it looks like the weapon Worf would use if he was part of a zombie killing crew. The Carve happens to be the cheapest of the series at $14.99 with the other three versions selling for $19.99. All have full tang blades and are 3mm thick opposite the cutting edge and all are available from ThinkGeek. 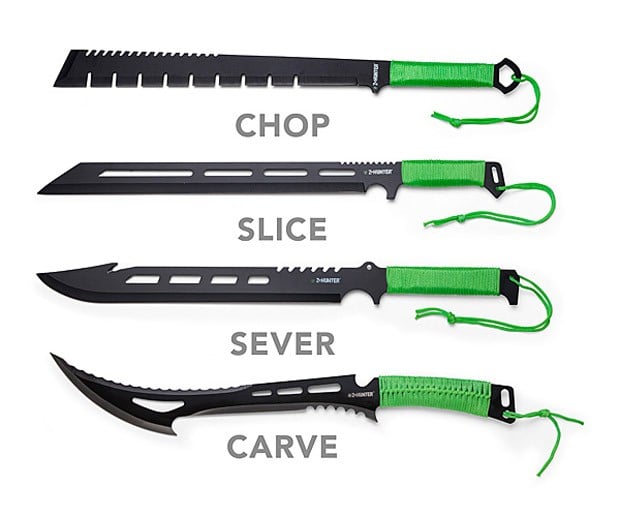