This Seven-Year-Old Gets a Clonetrooper Prosthetic Arm

The E-NABLE network is very cool: it uses 3D printing to make basic, low-cost prosthetics for children who are growing too quickly to qualify for regular ones. Their latest recipient is Liam Porter from Augusta, Georgia, who was given the limb by John Peterson, who built himself a 3D printer for the purposes of working with E-NABLE. That alone would be awesome and article worthy, but it gets better. 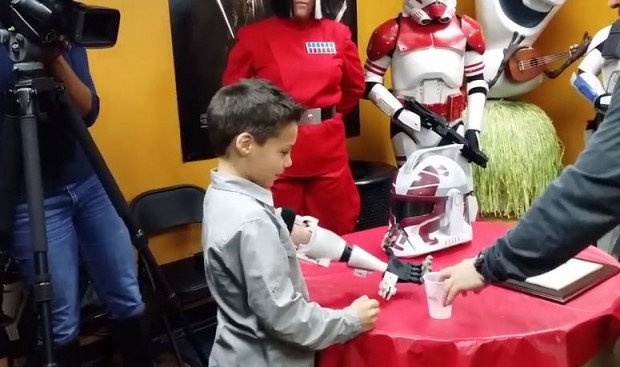 Peterson ran in to a group of Star Wars cosplayers at a Maker Faire, who inspired him to design Porter’s arm to look like a clonetrooper’s. Better still, the cosplayers themselves were in attendance at the giving of the prosthetic, giving the whole ordeal a strong dose of geekiness. What seven-year-old wouldn’t love this? He looks absolutely blown away.