So, next week I’m headed to Iceland for a few days. I plan to have some fun and drink some beer, but I don’t plan to drink this new Icelandic beer, because it has endangered Fin whale testicle in it. I like to try as many unusual beer styles as I can and I often like to joke that I plan to be the anti-Noah, meaning that I plan to eat two of every animal. Of course, I couldn’t actually do this; I think conservation is too important and I just fucking love cheetahs too much (Hint, my birthday is in August). 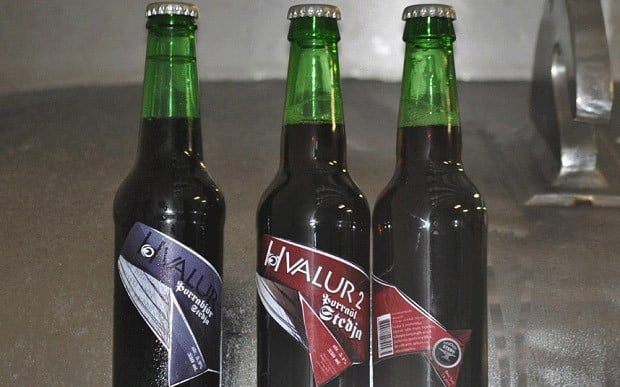 That’s why I won’t be drinking this new Icelandic beer. It’s brewed by Stedji for the upcoming Thorri festival. Many Icelanders claim that their whaling operations are done sustainably, and therefore do not abide by the IWC’s commercial whaling moratorium. Regardless of the political maneuvering, I don’t plan to partake of any whale ball juice.