At Last: Hershey Has a 3D Chocolate Printer

Shown off at the recent CES 2015, the CocoJet 3D Printer is a reality. It is a collaboration between Hershey and 3D Systems. It is a printer that prints chocolate shapes. Soon we might even be able to print our own Cadbury Eggs. Take that, Easter bunny! 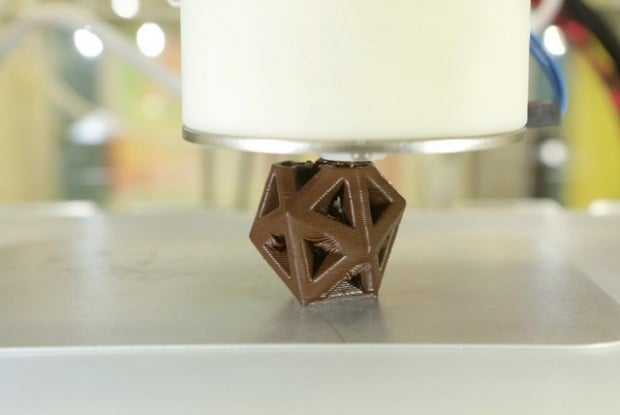 It can print letters and shapes just like a regular 3D printer, but it uses sweet sweet chocolate as its medium. You can choose between dark, milk or white chocolate and use pre-programmed designs or confections of your own creation. It is not available to the masses just yet, but it probably won’t be long before it is.

First we conquer chocolate printing, then we work on food replicators. It won’t be long until we have starships getting chased by Klingons.

[via PSFK via Geekologie]