Growing up, my parents used to buy me these books that had my name in them. I thought they were the most awesome books ever written and I used them to dominate many Show-and-Tell days in elementary school. If you want to give your kids something customized like that, today you can go much better than a book. 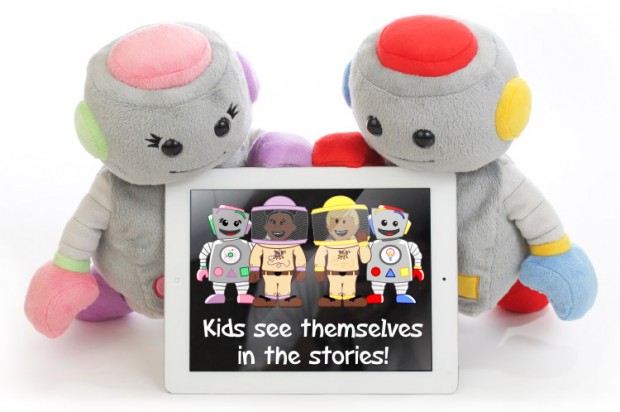 Trobo is a plush stuffed creature that looks like an old-fashioned robot. Trobo has tech inside that connects with your iPad or iPhone and reads digital stories to your kid. The stories are customized with their name in them and the reading comes from the robot not the tablet or smartphone. What’s particularly neat about Trobo, the stories focus on science, technology, engineering and math.

There are versions of Trobo for girls and boys and they sell for $59(USD) each. Trobo is the result of a successful Kickstarter campaign late last year. Shipping is expected later this year and you can pre-order now.