I never really understood the point of Stormtrooper armor. Blasters go right though the stuff, making it useless except for looking cool. A geek named Scott Loxley has been walking across Australia wearing his Stormtrooper armor and recently that armor might have saved his life. 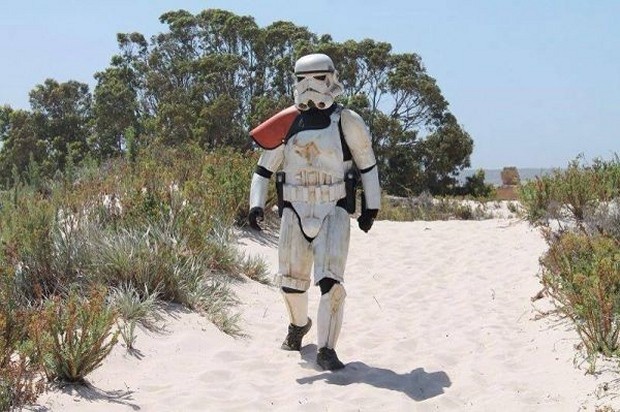 Loxley says that he was walking down a road and though he saw a dead snake on the side of the road. When he walked up to it, the snake stuck at his legs and bit him on the shins. The man thinks it was a deadly King Brown snake.

Luckily, for him the snake didn’t bite though the armor and he lived to tell the tale. On the other hand, had the snake whipped out a blaster, he would definitely be dead right now.