One of the coolest things about the Avengers movie was the massive flying helicarrier that had all the people and aircraft aboard. That was awesome and I would love to see that happen in the real world. As close as we are likely to get to have a real helicarrier is this remote-controlled version that some geeks cooked up. 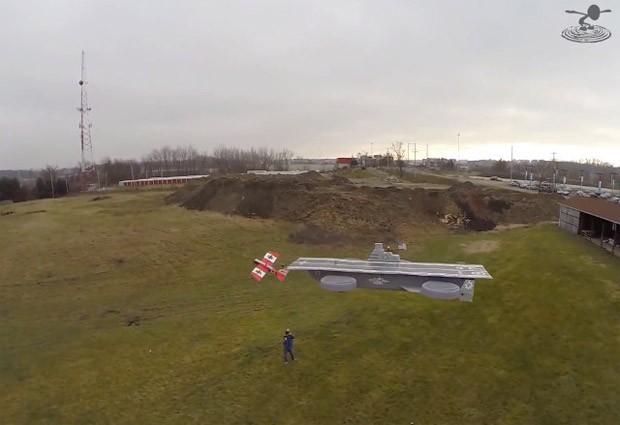 The planes taking off and landing on the carrier don’t exactly look like the aircraft from the movie, so there is room for improvement. Check out the video and see the aircraft fly, land (and crash).