The folks behind the web series Super-Fan Builds are back with another crazy build. This time, some lucky Bat-kid got a kick-ass Batmobile Tumbler stroller. Previously, the guys built a Groot swing and a Hobbit Hole catbox, but I think this is much cooler. Now when he sees Baby Bane at the playground, this kid will be ready. 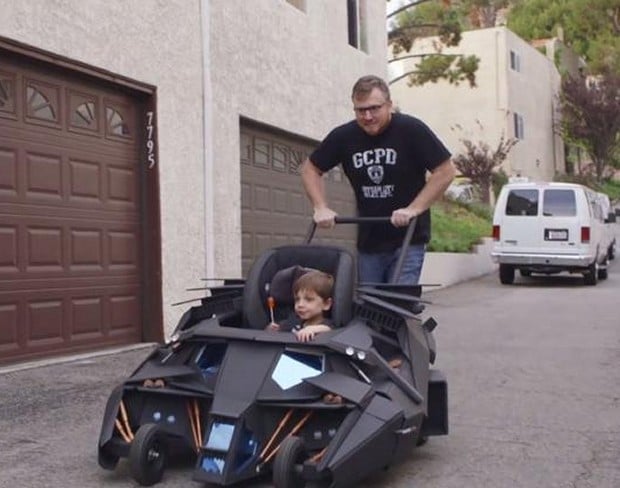 Josh Earl is the ultimate Batman super-fan. His son Collin even likes to sing the Batman theme song, so they decided to build a Batmobile for Collin, aka “the luckiest kid ever.” They modeled it after the Tumbler version from Christopher Nolan’s Dark Knight trilogy. This thing is every baby’s dream. Heck, I’m not a baby and I’m jealous.

It isn’t foldable, but hey what do you expect? You have to sacrifice some practicality if you’re going to look as cool as Batman.