Borderlands: The Handsome Collection Claptrap-in-a-Box Edition Has a Remote Controlled Claptrap and a Long Ass Name

2K Games is giving Xbox One and PS4 owners one heck of a deal with its Borderlands: The Handsome Collection. It consists of remastered versions of Borderlands 2 and Borderlands: The Pre-Sequel plus all of their currently released DLC, all for the price of one game. But 2K also has something for people with extra money to spend: a remote controlled Claptrap. 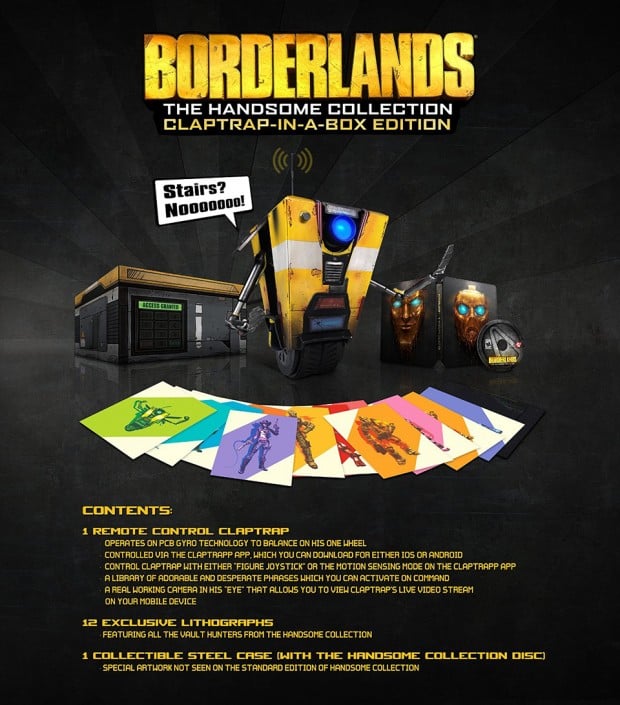 The toy appears to be as talkative as its video game counterpart. Its eye is even a working camera; you’ll be able to stream what it’s seeing on your iOS or Android device via its remote control app. Here’s footage of the toy’s prototype, courtesy of Games HQ Media:

Borderlands: The Handsome Collection Claptrap-in-a-Box Edition costs $400 (USD) and is limited to only 5,000 units. eBay scalpers can pre-order it now from GameStop.