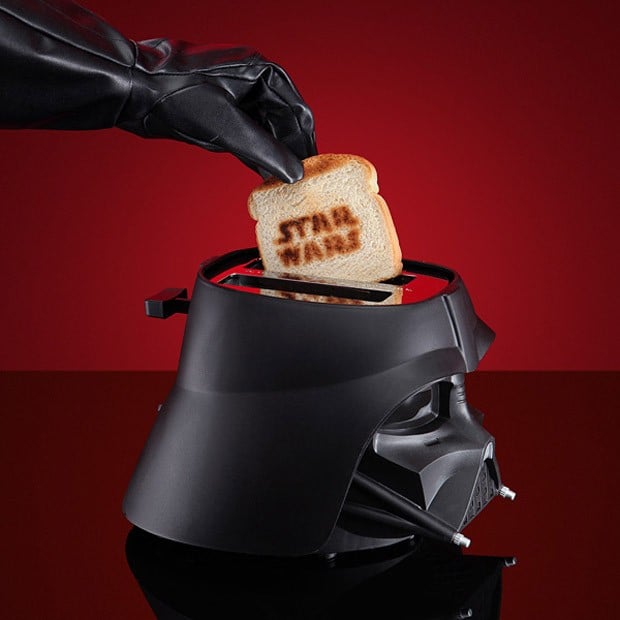 The toaster has two slots and an adjustable thermostat. It also has reheat, defrost, and quick-stop functions. That defrost is perfect for toaster pastries, but we all know they will be eleventy-billion degrees right under the surface and frozen in the middle anyway. The Darth Vader toaster is available from ThinkGeek right now and you can pick it up for $49.99(USD). 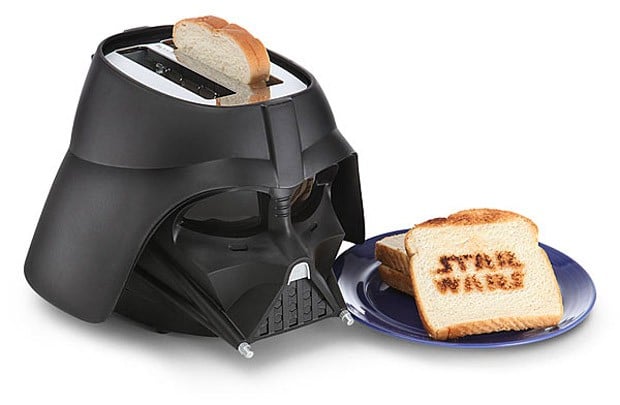 I heard they tried to make a Stormtrooper toaster, but it was unable to toast bread or hit anything with a laser blaster. 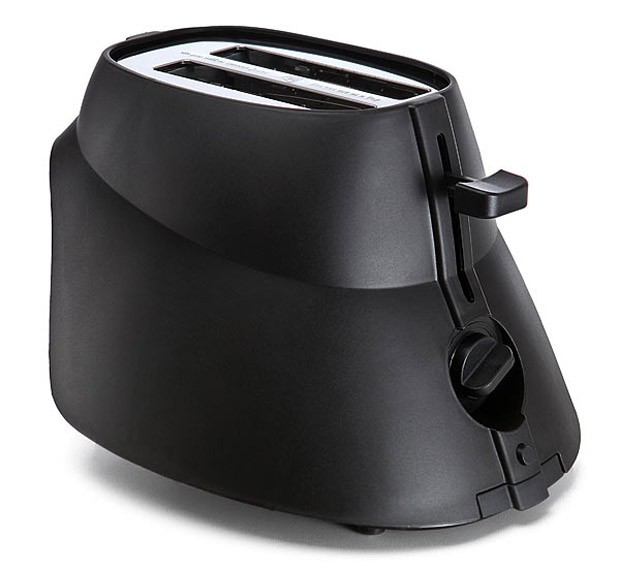