Published in March 1957, Detective Comics Vol. 1 #241 is also known as the Rainbow Batman issue. In the comic book, Bruce Wayne wore different colored Batsuits including a rainbow-striped suit. DC Comics made a prototype set of action figures based on Bruce’s garish suits but held off on mass producing the toys. Now the company is gauging interest in the set, along with other prototype figures. 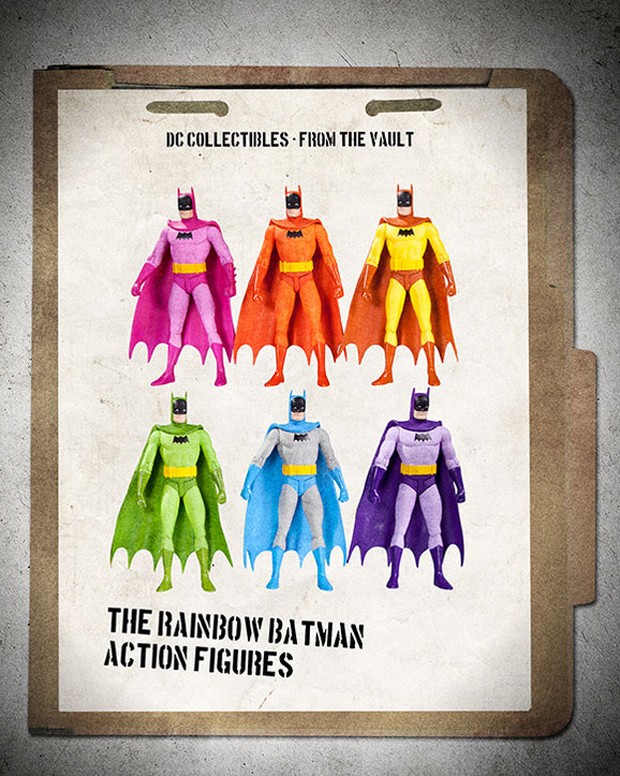 Aside from being funny, the suits actually have a touching origin. Bruce wore them to keep people from noticing that Robin has the same injury as his alter ego Dick Grayson, who was injured in public, and possibly connecting the dots. In short, Bats made himself look silly to protect his sidekick’s identity. Awwww.

Here’s a shot of the issue’s cover courtesy of io9: 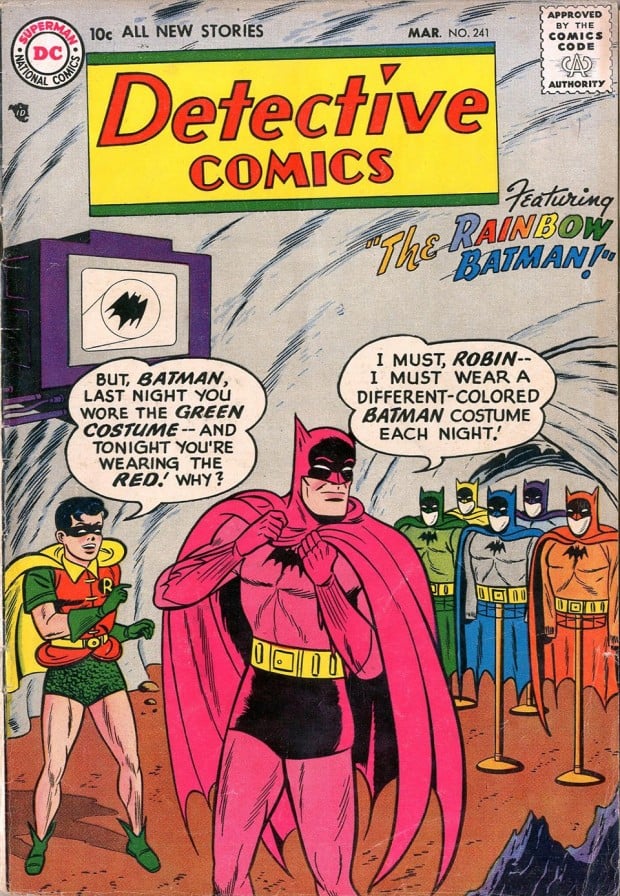 You can read the whole issue on Comic Book Resources. What I find funny is that it appears this isn’t the first time the action figures were shown in public. Toy News International has photos of a similar set of figures that DC itself showed off at last year’s WonderCon.

It seems like a number of fans dislike the attention that the set has obtained online. That’s partly because one of the other set of prototypes that DC is considering to make – 3.75″ action figures of New 52 characters – is more detailed and unique, while these are merely palette-swapped figures.

Of course, the problem would be “solved” if DC just released both if not all of the prototypes they featured, but that could potentially lead to a waste of resources. When 3D printing technology matures we’ll probably be rid of such considerations, but for now you’ll just have to vote for the Rainbow Batmen if you really want to own them.