We Are All Screwed: Spider Robot with Snakes for Legs

I think we all know who is responsible for ushering in the apocalypse. It’s those scientists at Carnegie Mellon’s Biorobotics Lab. Not content with snake-bots alone, they have now attached some modified snake-bots to a body to create a hexapod spider bot of doom. 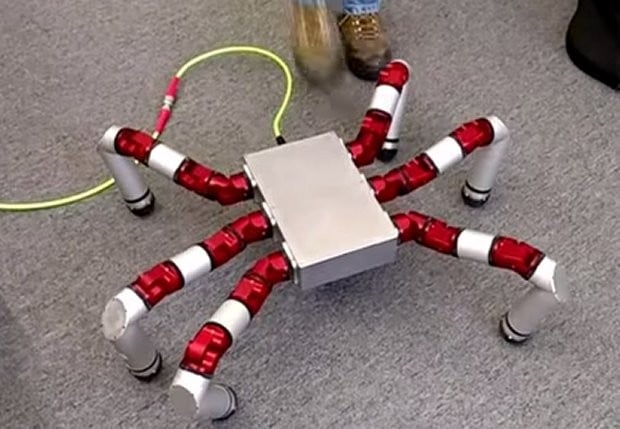 Things just got more terrifying on planet Earth. No wonder the guy in the video keeps kicking it. He helped create it and even he’s all like, “Get the hell away from me you mutant freak!”

What’s next for these guys? I have no idea, but it will probably escape from the lab and start leaving a trail of bodies in it’s wake.

[via C|Net via io9 via Geekologie]