Ad-blocking software is a double-edged sword, but overall I still think it needs to exist. But as Sean Tejaratchi so effectively explained, the barrage of ads online is nothing compared to what’s happening in the real world. That’s why Reed Rosenbluth, Jonathan Dubin, Tom Catullo, and Alex Crits-Christoph created Brand Killer, a prototype head-mounted display that blurs brands and logos in the real world in real time. 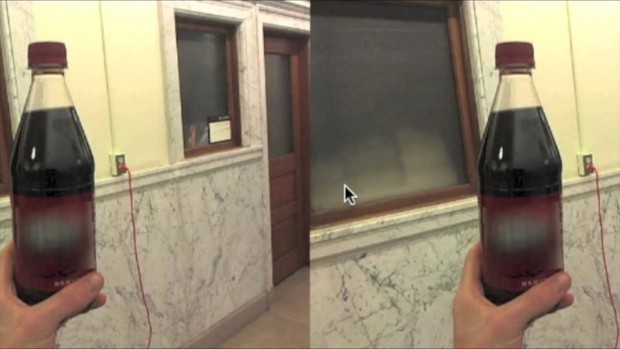 You can check out Brand Killer’s code on Jonathan Dubin’s GitHub page. The idea behind the prototype is undoubtedly noble but I think the execution is poor. That lag is going to give you a headache within minutes, if not seconds. It would be better implemented on an augmented reality system similar to Google Glass or Word Lens.