Chemists Figure out How to “Unboil” Egg Whites: Welcome to the Future

Though we still don’t have hoverboards and self-lacing Nike high tops, we have managed to live up to the futuristic image of 2015 predicted by the prophet Zemeckis, thanks to chemists from the University of California, Irvine (UCI) and the University of Western Australia. These heroes have come up with a way to “unboil” egg whites. Huzzah! 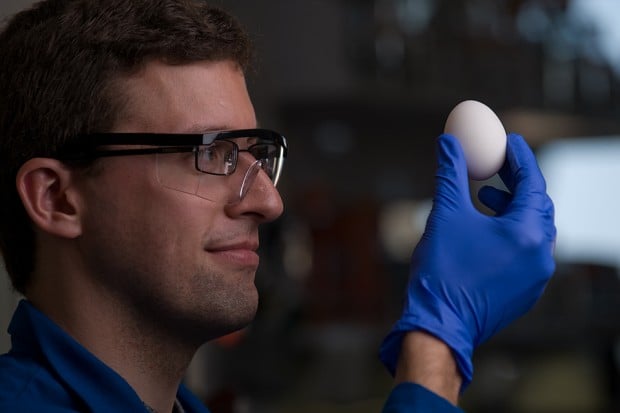 By “unboiling” the scientists meant they managed to return a protein in egg whites called lysozyme to its normal state after being boiled at 194ºF for 20 minutes. The scientists used a urea-based substance to melt the boiled egg white back into a liquid state. They then put the liquified egg white into a machine called a “vortex fluid device” to force the lysozymes into their “untangled, proper form.”

As you may have guessed, these geniuses didn’t merely set out to unboil eggs. UCI explains, “The ability to quickly and cheaply re-form common proteins from yeast or E. coli bacteria could potentially streamline protein manufacturing and make cancer treatments more affordable. Industrial cheese makers, farmers and others who use recombinant proteins could also achieve more bang for their buck.” That’s way better than a floating skateboard.

[via UCI via Popular Science]