I really like the idea of having a 3D printer and scanner in my house so I can make things. I don’t know what exactly I would make, but I would totally scan anything I could fit on the plate and then print it out. The problem is that 3D printers are still expensive and most 3D scanners are similarly priced. 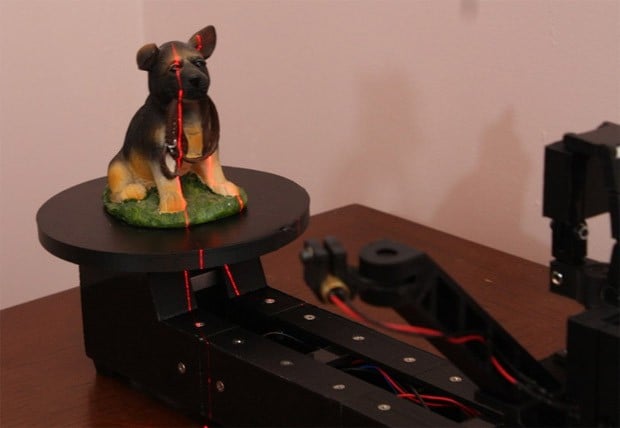 The two major 3D scanners on the market are the MakerBot Digitizer for $799(USD) and the NextEngine for $2995. That isn’t my idea of affordable. This is where the Atlas comes in. This 3D scanner kit ranges in price from $149 without the Raspberry Pi to $209 with the computer brains. Keep in mind that you’ll rack up some cost and money to 3D print the parts for the kit, as it only comes with the electronic components and digital files for printing the body and turntable of the scanner.

No software or drivers on a computer are required; Atlas runs all its software on its onboard Raspberry Pi. Atlas has support for color scans and an impressive details resolution of 0.25mm. It has up to 5400 steps in the rotation of whatever you are scanning on its turntable. The scanner can scan objects with a volume of up to 6×6-inches.

The 3D scanner kit is up on Kickstarter right now and was seeking just $3000 in funding. It appears that many people are very interested in Atlas, mostly thanks to its $209 price, because it has raised over $152,000 so far.