This Drone Is Armed with Roman Candles

This terrifying video illustrates what happens when drones go in for the kill. This UAV has been armed with roman candles, which look every bit as scary as real bullets. It also looks super fun. As long as you are the one controlling the drone and not the poor sap getting hit with fire. 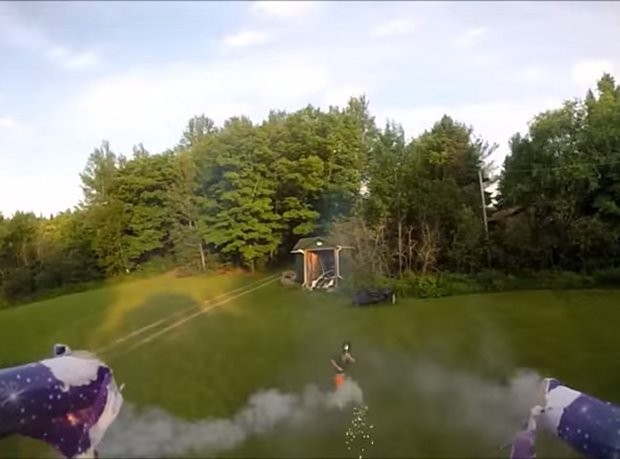 YouTuber Pierogram armed a quadcopter with lightweight fireworks on either side of the camera to capture “gun cam” video of this weaponized drone as it fires fireballs at a helpless victim on the ground. From the drone’s POV, it is some serious Apocalypse Now stuff.

It is basically a lot of shooting, mixed with a lot swearing and girly screams. That drone is a good shot too – hits the guy’s head a few times and never lets up.

[via Petapixel via Laughing Squid]