I’m not a huge fan of hot dogs to begin with. I look at them sort of the same way I look at fish; I might eat one once a year at most. Every now and again, I get a hankering for a Sonic foot long chili cheese, but as soon as I am done eating it, I remember why I never order one.

KFC previously rolled out the rather weird Double Down sandwich that crams bacon and cheese between two pieces of chicken. Now KFC has rolled out an ever stranger entree – the Double Down Dog. 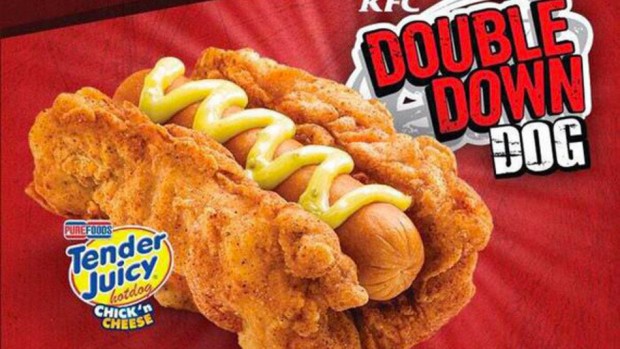 It replaces the hot dog bun with a curved piece of chicken. The whole works is then covered in cheese. The Double Down Dog rolled out in the Philippines to begin with. Whether or not it will come to the U.S. remains to be seen. 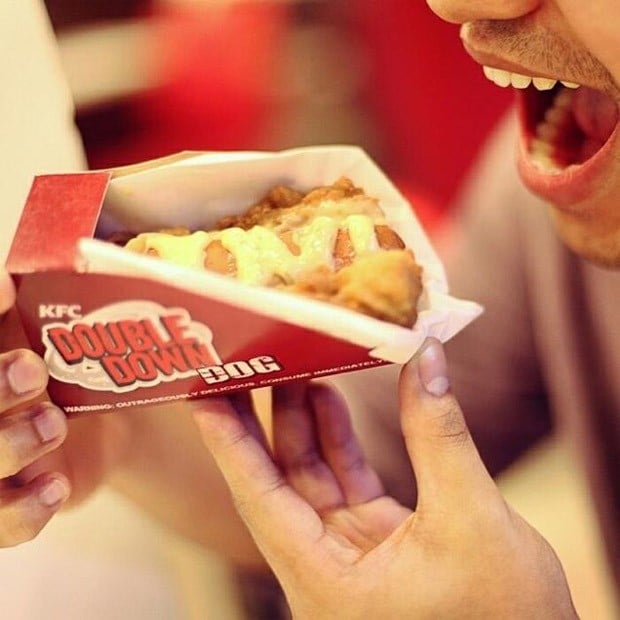 If they released out the Double Down Sandwich here, I’d wager the Dog is coming too. It looks so gross. 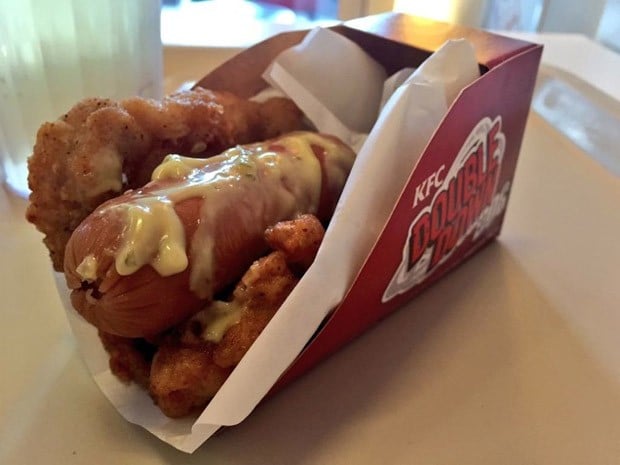