Instead of a sewing machine, Studio Swine used a CNC mill to make its eye-catching Meteorite Shoes. The studio used a 3D scanner to scan meteorite samples at the Natural History Museum. They used the resulting 3D files to create a design for the shoes’ upper. Finally, a CNC milling machine carved the irregular shape and texture out of aluminum foam. 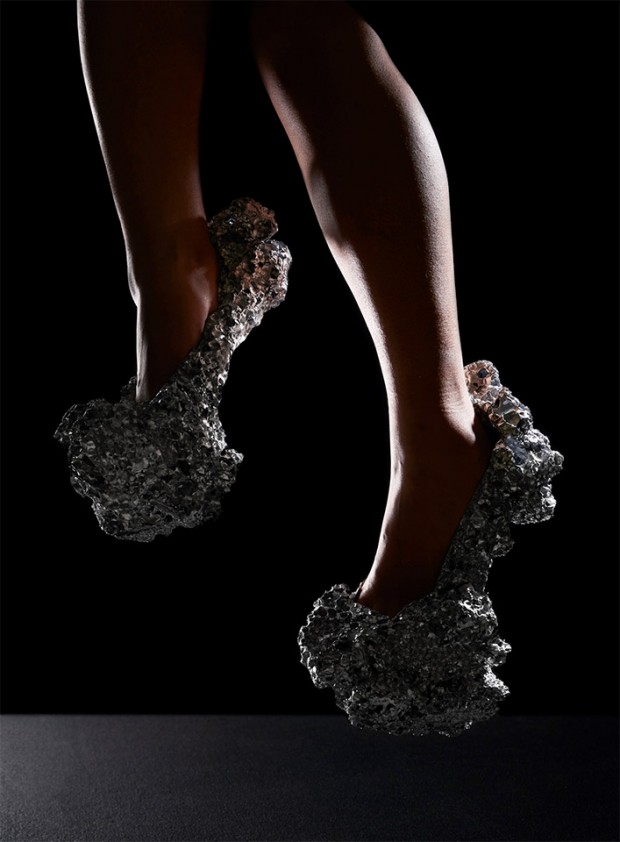 Though it seems like the shoes would be awkward or painful to wear, Studio Swine says the shoe has a soft leather lining. They’re also lightweight because aluminum foam is mostly made of air. 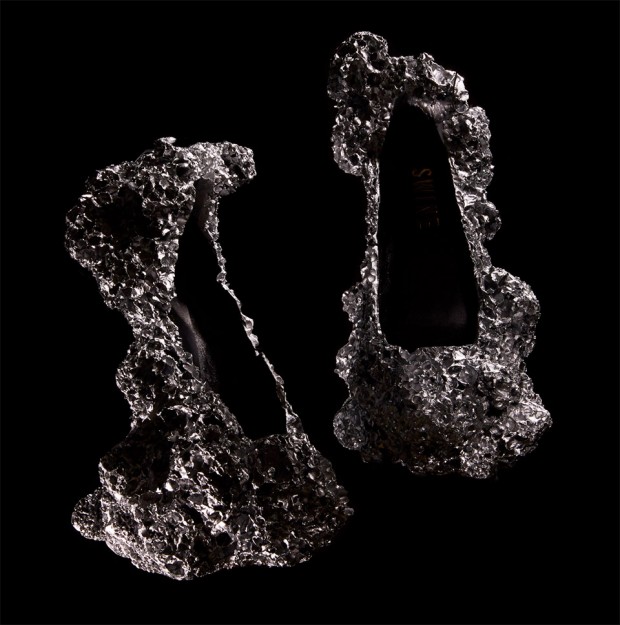 Crash into the studio’s website to see more photos of the shoes. Microsoft commissioned the shoes and Studio Swine made the footwear with the help of the Surface Pro 3, so we’ll probably see someone walking around in them in Microsoft ads. 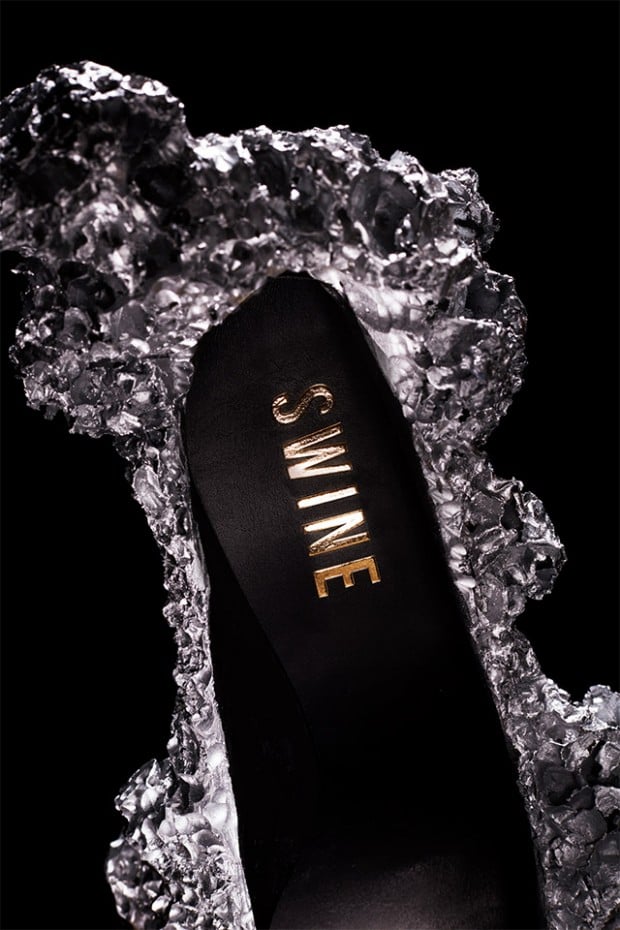 [via Inspirationist; image by Petr Krejci]