Growing up, my cousins and I played our fair share of Dungeons & Dragons. In fact, we went so hardcore geek as to make up our own game set that used similar rules. The problem was that our dungeon master was a dick and you never knew if you wanted high numbers or low numbers when it came time to roll. It would go down something like this, “YES!! I rolled a 20!!” followed by hysterical dungeon master laughing and then you die because in that instance, you wanted a low number.

ThinkGeek has some cool new dice that you can play D&D with called the Critical Hit LED Dice Set. While they won’t solve the problem of an asshole DM, they certainly look cool. 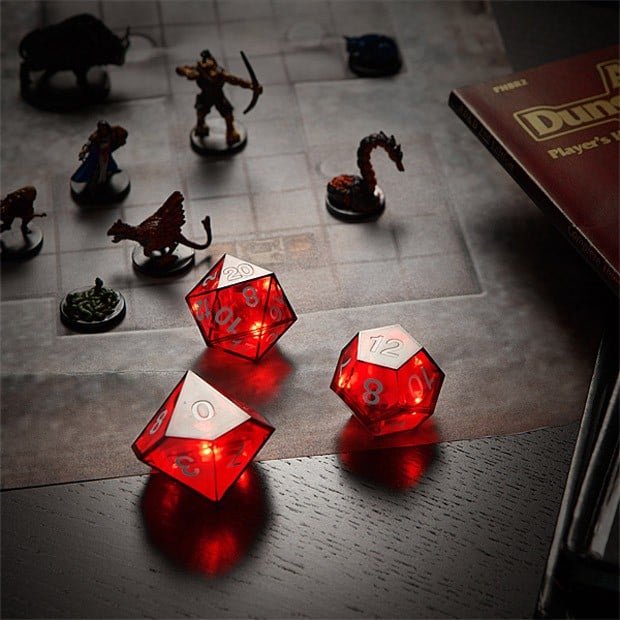 There are three dice with a d10, d12, and d20. Each of them are red opaque plastic with an LED inside. When you roll the highest number available on each of the dice, it flashes.

Whether their flashing indicates your demise or victory depends on how big a jerk your dungeon master is. Get all three for $24.99(USD).