Su Daocheng is a farmer in a China who is also a self-taught mechanical genius. He built this gas engine-powered horse not just to ride around on being cool, but to help him plow his fields. It’s not the fastest horse in the world, but you will get there eventually. He’s like the one horseman of the crappy apocalypse. 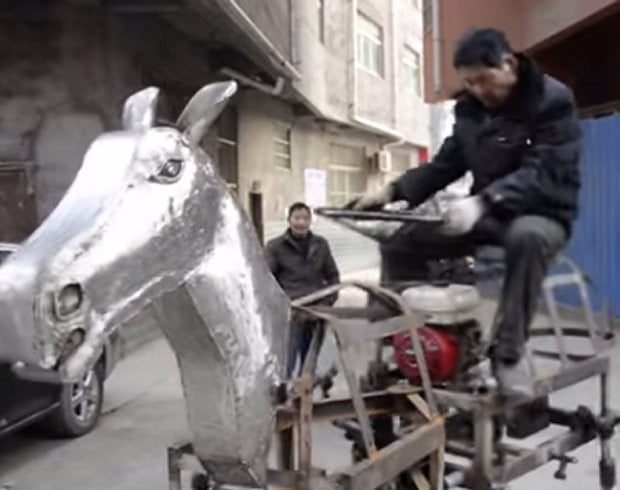 It must take a long time to plow his fields is all I’m saying. It is pretty awesome that he built this himself, but it is pretty funny to see in action. The part where it starts up like a lawnmower is particularly amusing:

Some of his crazy kinetic sculptures can be seen near the end of the video. We need more guys like this in the world. He hasn’t lost that child-like sense of wonder and drive to create.

[via Boing Boing via Neatorama]