Farmer Derek Klingenberg of Klingenberg Farms Studios, clearly enjoys making art as much as farming. He recently gained a YouTube following when he called his cows with trombone covers of “Jingle Bells” and Lorde songs. Now he is using his truck to herd cattle and make art. 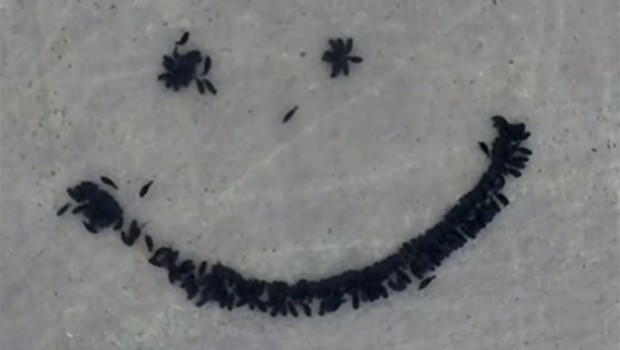 The video below was captured by a drone flying overhead. The cows are probably feeding while he herds them, which helps them stay in place. As you might imagine, even simple shapes are tough when dealing with dozens of living animals, but somehow he does it.

Cows are his canvas and his truck is his brush. He is a regular Claude Moo-net.

[via Vice via Laughing Squid]