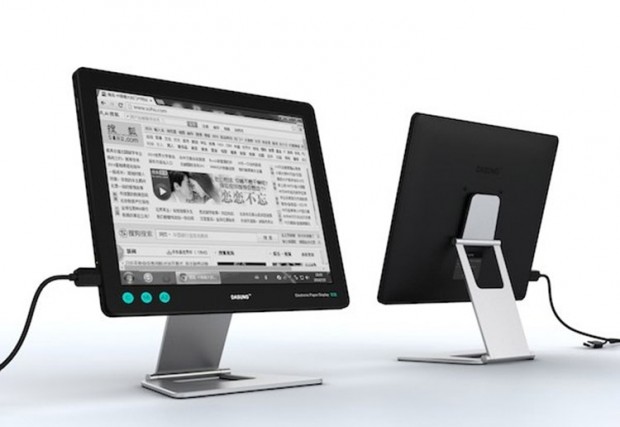 According to The eBook Reader, Dasung Tech’s display has several display modes, including one that increases the refresh rate for smoother scrolling and cursor movement at the expense of some detail.

Update: Here’s another look at the monitor courtesy of YouTuber nhoffeld’s channel:

The display is already available in China for about $970 (USD). Aside from that crazy price it’s still noticeably slow. Still, its readability and power efficiency could earn it a niche. After about four or five price drops.

[via The eBook Reader via Cool Things]