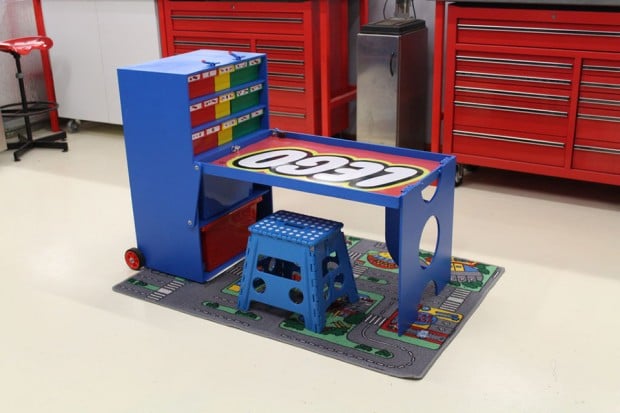 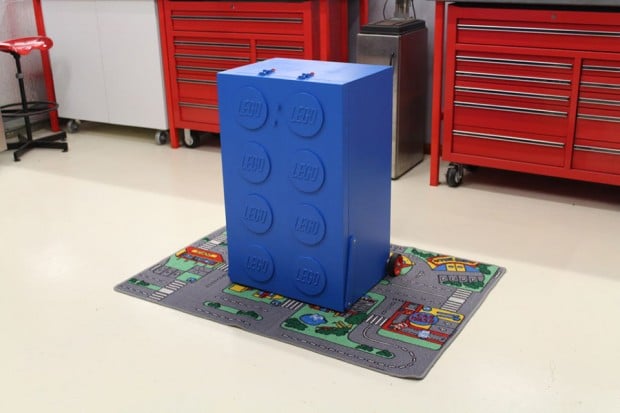 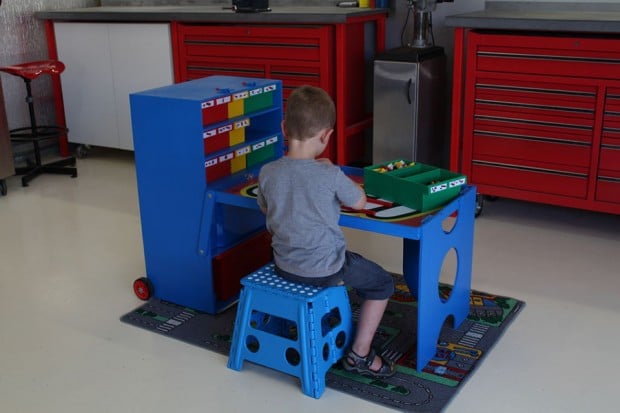 As you can see it’s a toy workshop on wheels. It has a built-in desk, drawers (Tez_Gelmir organized their LEGO according to the pieces) and two shelves with tubs. The tubs are meant for storing works in progress or as a temporary LEGO dump if Tez_Gelmir and his son need to pack up quickly. When it’s fully folded it looks like a large LEGO piece. Tez_Gelmir also made a minifig-size model of the LEGO Creation Station, which you can see in Tez_Gelmir’s stop motion video demo.

Check out Tez_Gelmir’s build log on Instructables if you want to build your own LEGO Creation Station.