A London event called “Light Night” is all about bringing together dreamers, artists and engineers to build installations based which involve light. That’s always a recipe for awesomeness, but this year one team kicked things up a notch, by putting people among the stars. 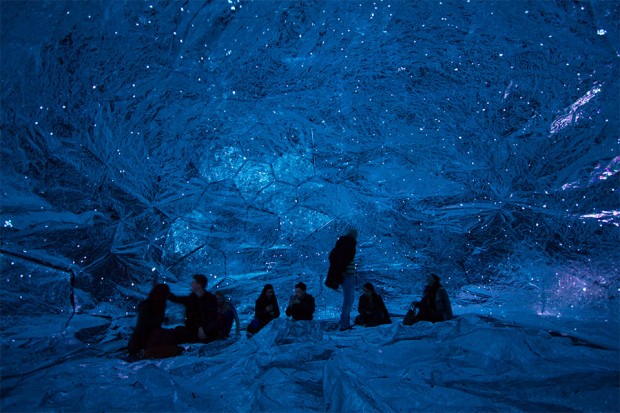 This cool project by London design studio Loop.pH is called Osmo, which simulates sitting outside in the night sky. It’s a pneumatically-inflated cocoon made from silver mylar and illuminated by lasers. It even has a zip-up entrance so no outside light can get in and ruin the illusion. That must have been so fun to sit inside of. 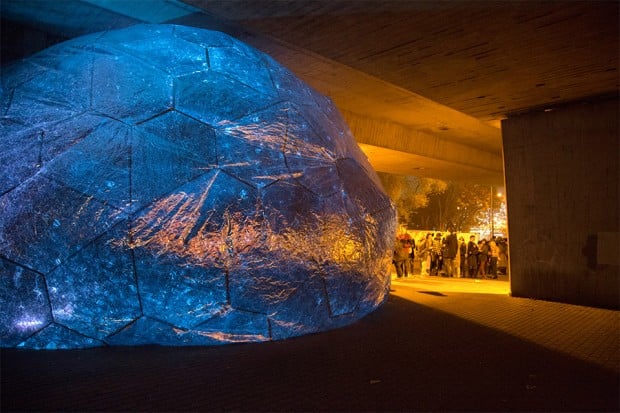 It’s like a free trip into space, without having to leave the atmosphere.

[via Gizmodo via Geeks Are Sexy]