Wishbone Thermometer Lets you be a Temperature Checking Ninja

When my son was an infant, he had constant ear infections, and we had to check his temperature roughly every 15 seconds or we felt like terrible parents and were convinced he had brain damage. The problem was he was also the lightest sleeper in the history of babies and would wake up at the sound me turning the thermometer on. It really sucked if he was sick enough that the doctor wanted rectal temperatures, he certainly wasn’t going to sleep through that.

A new thermometer has turned up on Kickstarter that will make you a temperature checking ninja because it can check temperatures without actually touching the baby. All you need to do is get the probe within 5cm of your child’s head to check the temperature. 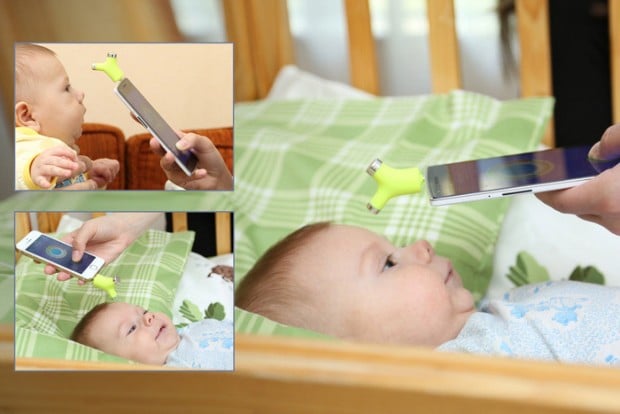 I doubt that it is as accurate as a rectal temperature, so you will still need to wake baby when they are really sick. The Wishbone also works for testing the temperature of liquids and rooms. It connects to Android or iOS devices and works with an app that stores readings for comparison.

You can get one for a pledge of $33(USD) with shipping in April and the project has already more than doubled the $20,000 it was seeking.