If you are a chess player, you may like to play with a set that is more than traditional looking, especially if you are a comic book geek. Entertainment Earth has enough chess pieces to build an entire set using characters from various Marvel and DC comics. 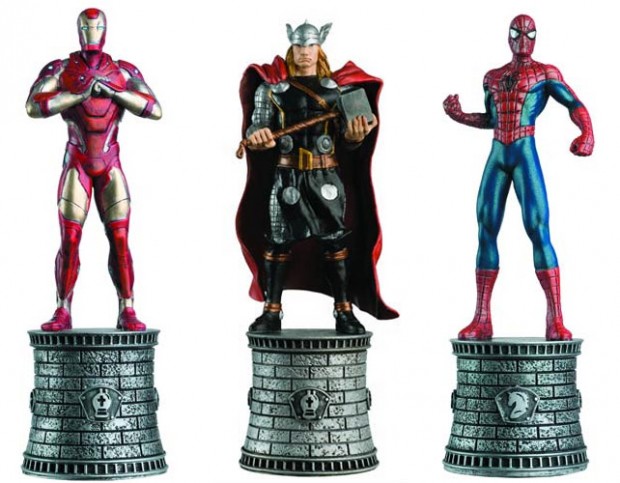 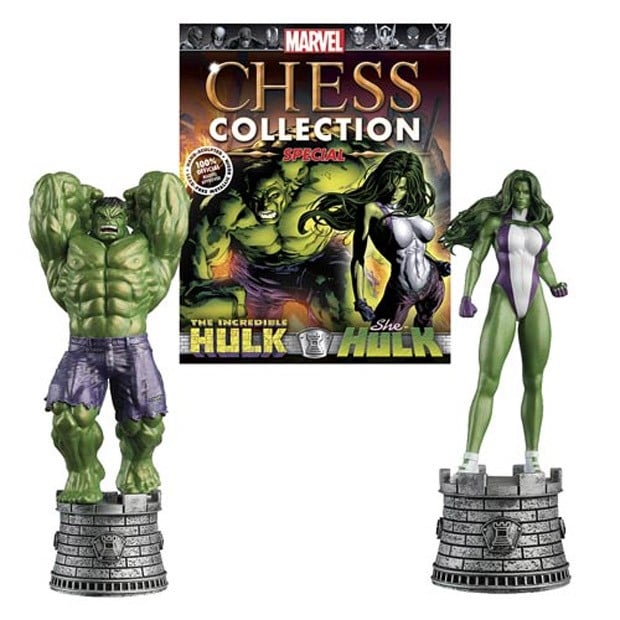 I’m not a big comic book reader, but from what I can tell, it appears that most of the lesser characters are pawns with the better recognized characters being higher ranked pieces. Lex Luthor is a King for instance. I’m not sure how I feel about that, he isn’t exactly a super super-villain. On the other hand Batman and Joker as Kings and Catwoman as Queen makes more sense.

Each of the pieces sells for $15.99(USD) and comes with a special comic book. There are way too many characters to list in all, check them out on the product page here. 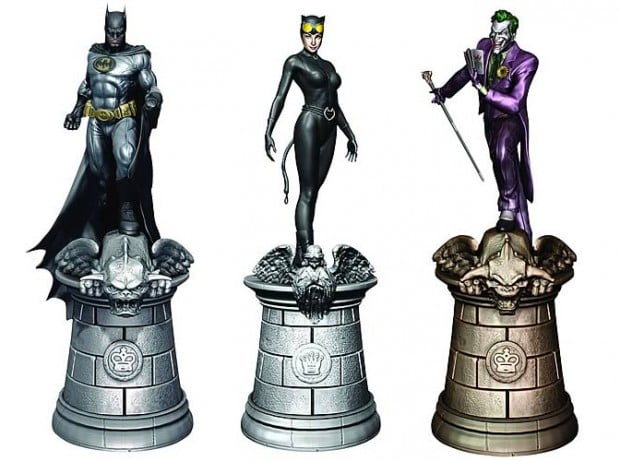 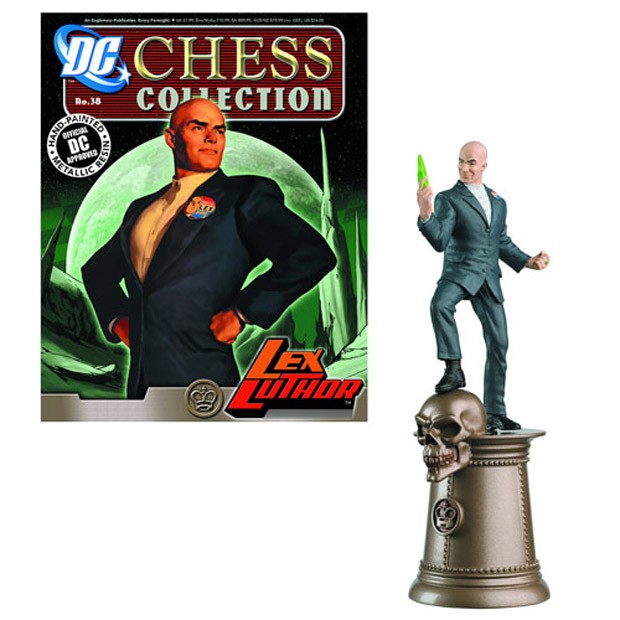