Last month, we learned about Live2D, an application that combines multiple illustrations into one 3D model. Here’s another upcoming time-saving application for animators. Currently in development by Quantum Matrix, Quantum Human is an Autodesk Maya plugin that can turn a static 3D model of a body into a character that you can animate, render or use for motion capture. 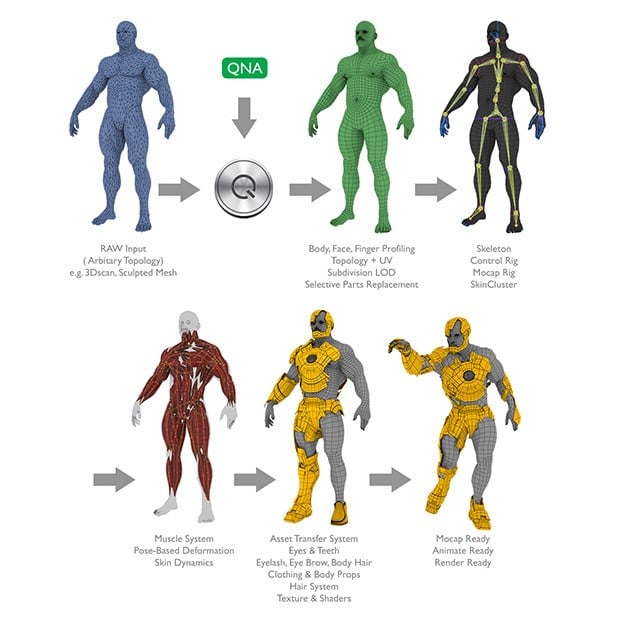 Quantum Human recognizes the different parts of the 3D model, segments them properly then adds a skeleton, control rig, a muscular system and much more. It can even adapt assets such as clothing to fit the resulting character. Since it’s (at least initially) meant for professional use, the plugin has a ton of options and parameters, but it will also let you save batches of settings. In fact, it has a one-click conversion process out of the box:

The software’s creator and Quantum Matrix founder Kwai Bun made this demo short film to demonstrate Quantum Human’s capabilities. Kwai made the entire demo within six man-weeks, and other than the hair and clothes, the main characters movement abilities were built using Quantum Human.

Quantum Human will be released later this year under various licensing options. Quantum Matrix promises that future versions will not require Maya. Animate a browser and head to Quantum Human’s website for more information, images and demo videos of the application.