I’m a big fan of the Batman movies, at least the later ones with Christian Bale in them. I didn’t like the campy, cartoon-like early Batman flicks from Tim Burton. If you did like those flicks, here is your next smartphone case.

It has LED lighting effects, and even has a projector on the back that throws the Batman logo on stuff. Around the home button of the iPhone, which is under the car, looks like a utility belt. 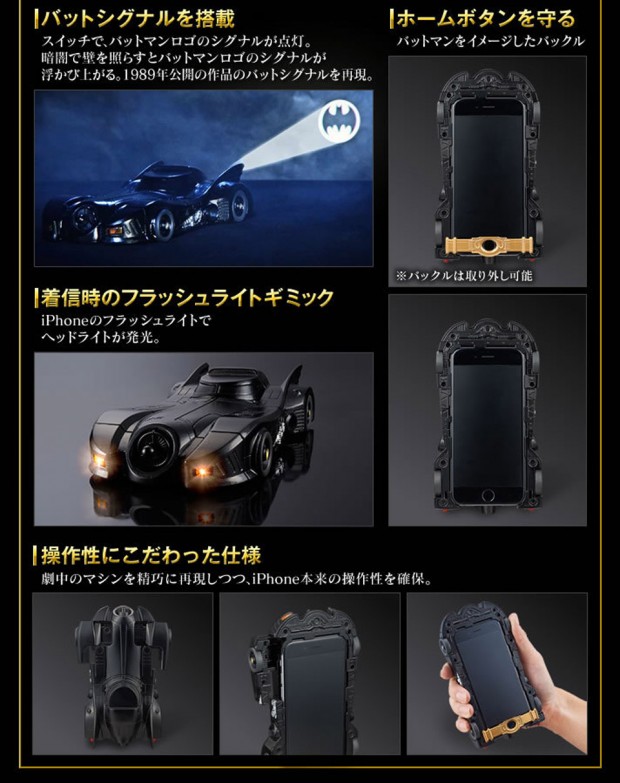 This case is designed for the iPhone 6 and you would need the world’s baggiest pants to get the smartphone in your pocket while in this case. If you prefer the newer Tumbler case, we have seen that one before. You can’t fit it in a pocket either. 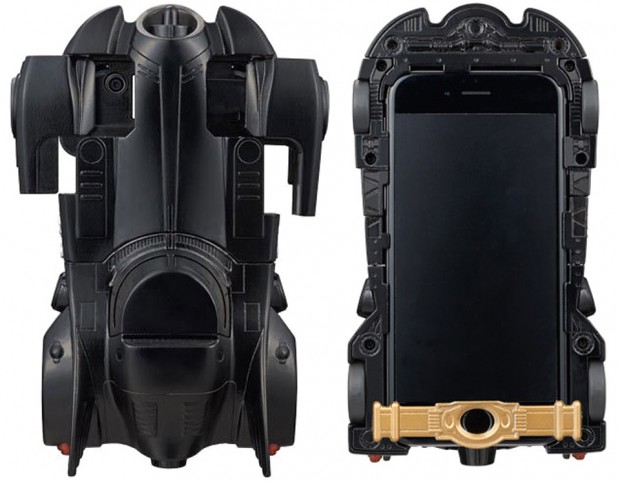 The Burton Batmobile case sells for roughly $50(USD), though you might have to import one if you want one.