Last year, LEGO launched Fusion, which are LEGO sets that you build and then import virtually into simple games on your mobile device. LEGO X is the adult version of Fusion. Created by Gravity Research Club – the same group behind the 3D sketching project – LEGO X creates a 3D model of whatever you’re building while you’re building it. 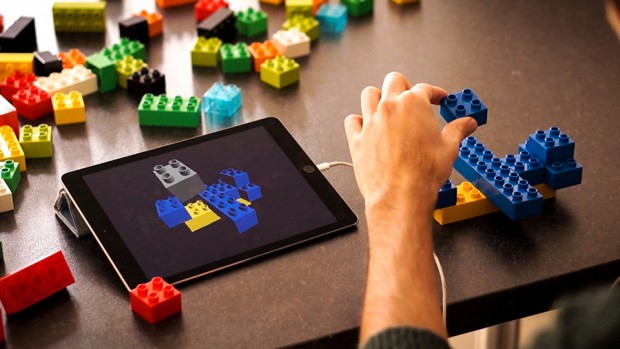 According to Architect Magazine, “The LEGO bricks’ movements are reciprocated in real time on a screen using location-mapping and gyroscopic sensors” embedded on each LEGO X piece. You can then use the LEGO X app to refine, store or share the 3D model.

While the prototypes in the video were made with Duplo blocks, Gravity told Dezeen that the next version of LEGO X will use normal-size LEGO. Obviously this is more tedious than CAD or even pen-and-paper, but there might be times when a tangible and playful approach could benefit designers. Besides, I think that the entertainment value of LEGO X is enormous. Imagine using it to play Minecraft or Kerbal Space Simulator, not to mention future LEGO video games.