You Can’t Judge This Book By Its Cover

They say that you shouldn’t judge a book by it’s cover, however most books are helpless when it comes to judgmental humans. Not this book. Amsterdam creative studio Moore has designed a book cover that scans your face and won’t open unless approached without prejudice. Wanna read it? Then keep an open mind. 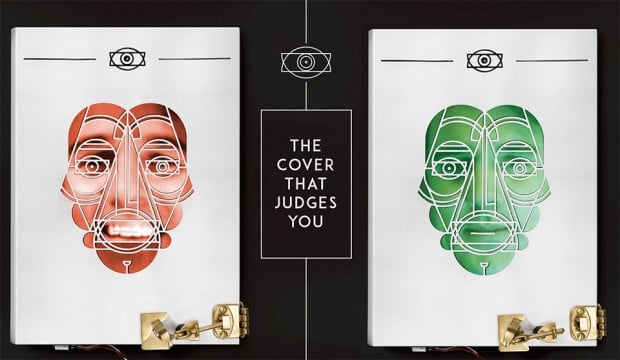 This book cover has an integrated camera and facial-recognition technology that scans the face of whoever approaches. Be calm, because if you show too much emotion, whether it is overexcitement or under-enthusiasm, this book is staying shut. Why should it open for someone who has already made their mind up about the contents?

A neutral expression will allow an Arduino micro-controller to unbolt the lock and let you in. This project was designed as a prototype for the Art Directors Club Netherlands’ 2015 annual. It’s a pretty clever and fun idea.