Pocket Points iOS App Rewards You for Not Looking at Your Phone: Fight Fire with Fire

Computer Science student Rob Richardson thinks he’s found a solution to get students to stop looking at their phones: their phones. The California State University at Chico junior created Pocket Points, a location-based app that rewards students based on the length of time their iPhone is locked. 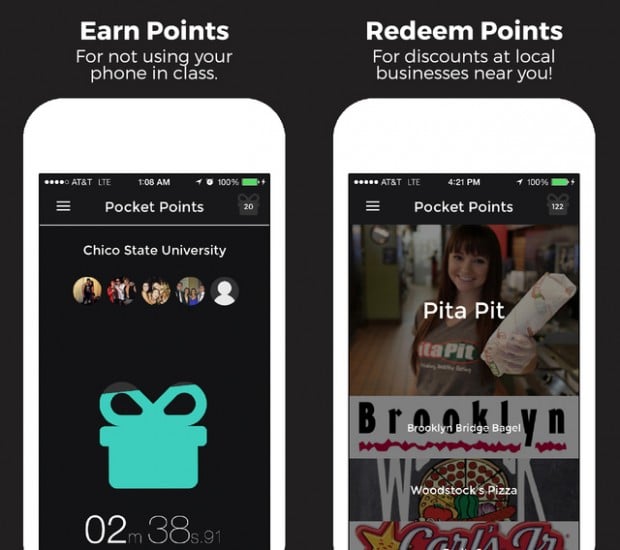 Speaking with Wired Campus, Rob said he decided to make the app because he often saw his classmates looking at their phones while in class.  To use Pocket Points, just open the app then lock your phone. The app will keep time as long as you’re on campus. According to ABC Action News Now, Pocket Points rewards students 1 point for every 12 minutes that their phone is locked. The points go towards discounts at local establishments.

As mentioned in Action News Now’s report, Pocket Points is currently available only on iOS and only for CSU Chico students. But Rob and his partner Mitch Gardner want to expand to as many schools and locations as possible and create an Android app as well. Kids, don’t throw away your old phones, ’cause they’re about to earn you discounts. Just kidding.

The best part of this story for me is that Rob and Mitch have now taken a leave of absence to work on their app. True story.