Remote-Controlled Millennium Falcon Does the Kessel Run in 12 Millennia

I want to fly this radio-controlled Millennium Falcon so bad. Look at that badass bright afterburner. The aircraft was made by redittor Olivier-FR and it may not look like much, but it’s got it where it counts. Its builder made a lot of special customizations to make it fly well. It probably breaks down a lot less than the real thing too – which is good because who in this galaxy knows how to fix these ships? 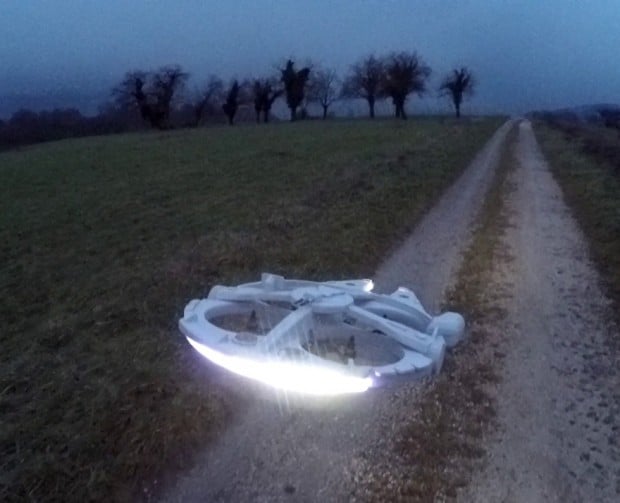 You can check out the R/C Falcon’s first and second flights in the videos below. The creator designed and built the whole thing from scratch. It just looks awesome and it flies pretty well too.

It also really looks like a UFO at night too, which is a huge bonus. I’ve said it before. Why can’t I buy things like this? Do you not want my money?