Look! Up in the Sky! Headless Mannequins Attached to Hexacopters!

It’s the end times! No, not really. Just humans doing what they do and creating some really awesome stuff or just being stupid, depending on your perspective. Check out this video from Brazilian shirt store Camisaria Colombo, who attached a bunch of headless 2D mannequins with their clothes to hexacopters, and then launched them sky-high. Now that’s advertising. 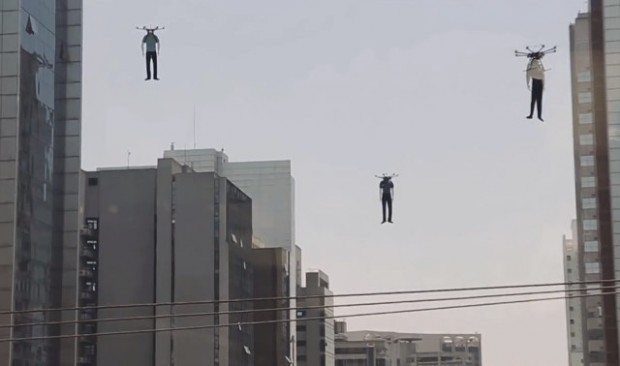 They flew these terrifying looking things in front of the windows of Sao Paulo office buildings for “the executives that stay at the office all day long.” The video is kind of creepy and it looks just like the rapture, minus a bunch of people on the ground crying and asking God why they can’t go for a spin.

The only thing that could have made this stunt better is if they attached heads and then had them fall to the ground in a trail of blood. That would have made a statement. Do that, and I’ll buy your clothes.

[via Nerdcore via Geekologie]