Dungeon Master Uses a Projector for Digital Maps of Awesomeness

I have mentioned before that growing up we played a bastardized version of Dungeons & Dragons because we didn’t like rules. We also never once used a game board. In fact, we didn’t even know there were game boards. It was a bunch of geeks, dice, an old tabletop, and copious amount of Doritos and soft drinks that made up our gaming time. 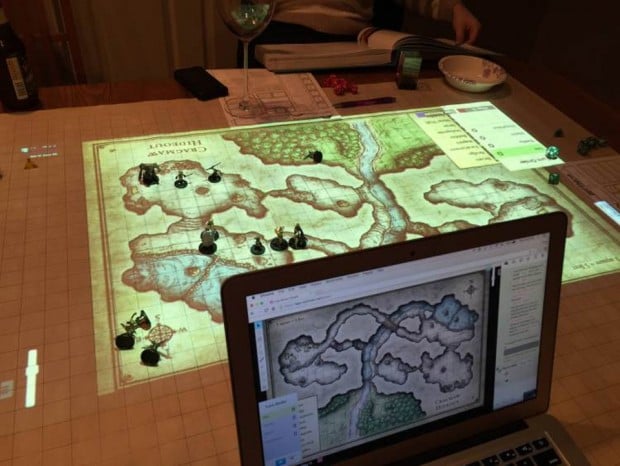 One dungeon master has taken his game very high tech with his game boards, and has mounted a projector that shoots straight down onto the surface of a table. The projector throws maps of the dungeons using Roll20, and there’s a digital gaming mat below to detect the position of pieces.. 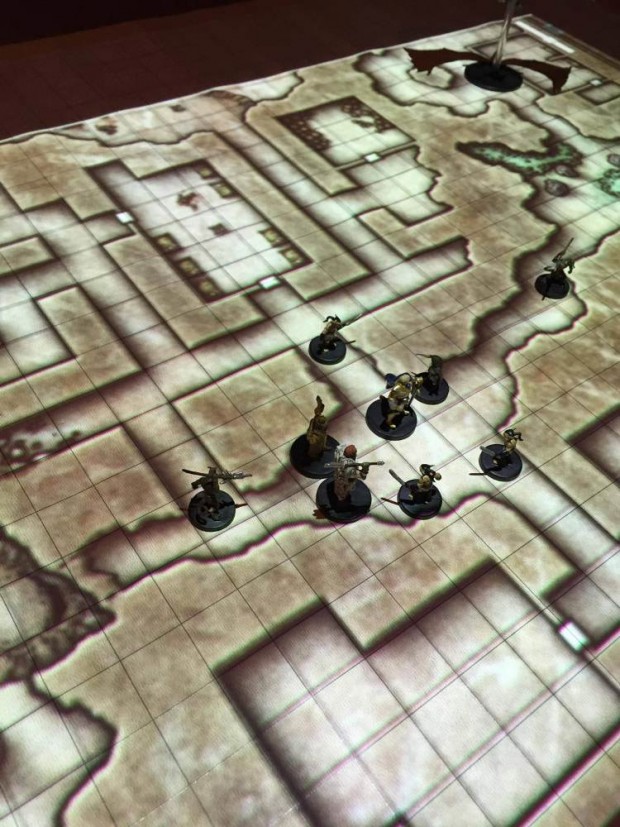 The coolest part of the setup is the dynamic lighting, which automatically shows only the relevant section of the dungeon based on the position of player’s game tokens. 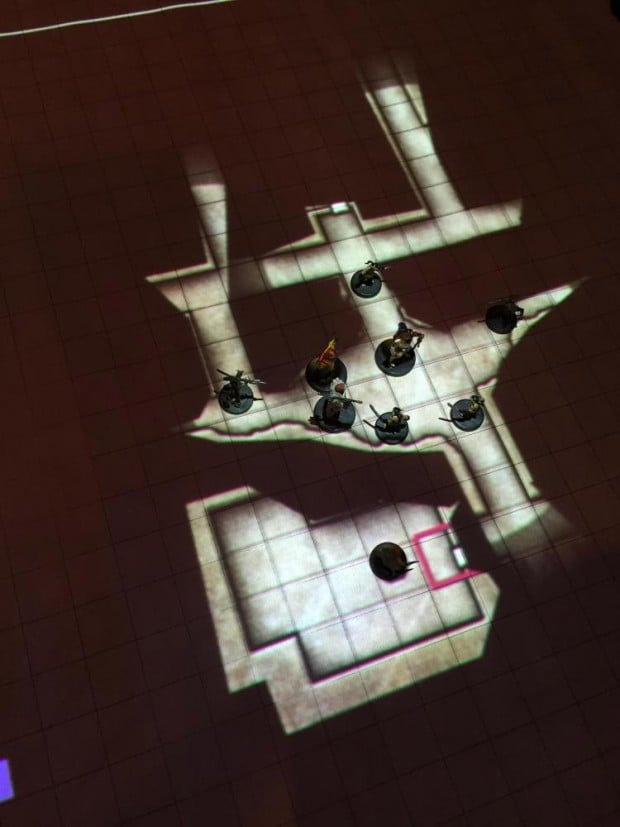 Using an Apple TV as a second screen, the DM is able to project just the map on the table, while their laptop’s screen displays the complete Roll20 interface.

It’s very cool, but seems like it would be hard on the eyes after a while. 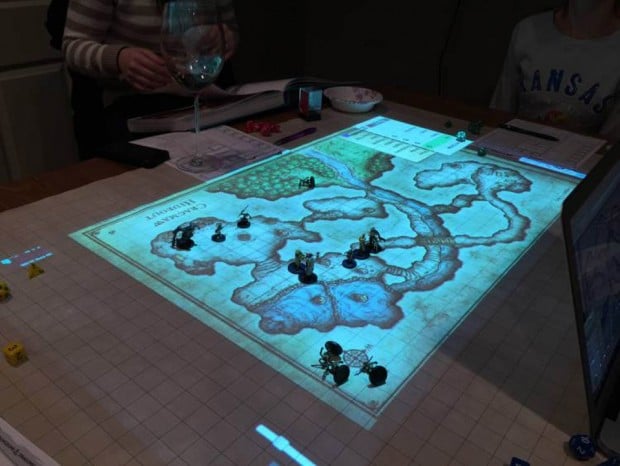 I can tell this is a hoity toity game of D&D because there are no 2-liter bottles of Mountain Dew or Doritos in any of the images; in fact, someone appears to be drinking wine.

[via The Daily Dot via Laughing Squid]