We all know who Mark Hamill is; he’s Luke Skywalker. Hamill made it big with the biggest sci-fi franchise ever in the ’80s and will be back for the new films too. Hamill’s career didn’t exactly boom after his big Star Wars role, he played in some B-flicks and did some TV, but no other big roles came his way. That said, he has done tons of amazing voiceover work for video games and cartoons. 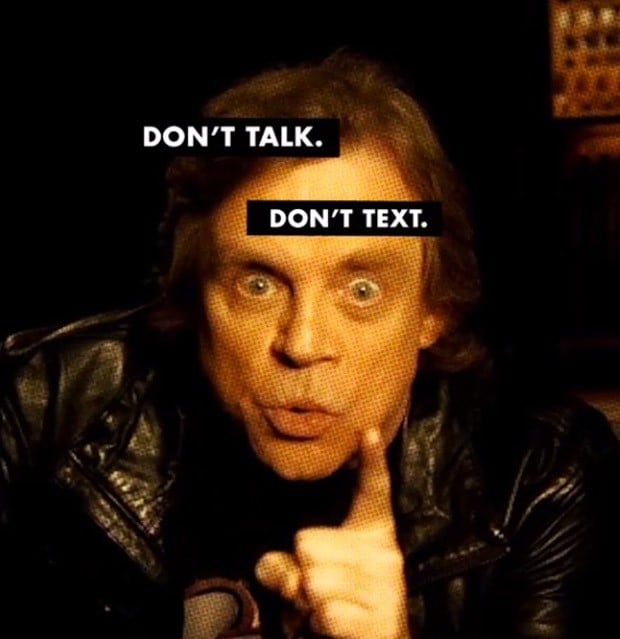 Hamill was recently enlisted by Alamo Draft House, a popular theater chain that serves beer and food, to warn people from talking and texting during movies.

You will have to watch the video the theater chain put up showing the warning aired on the movie screen for yourself. The threat is real and weird. Damn, Luke is getting old.