Next to Rick, the best character on The Walking Dead is Daryl Dixon. If you have been watching the show since it began, you might recall that early in his zombie killing career he made a necklace out of the ears of the zombies he did in. It was gross and would have to be really stinky. 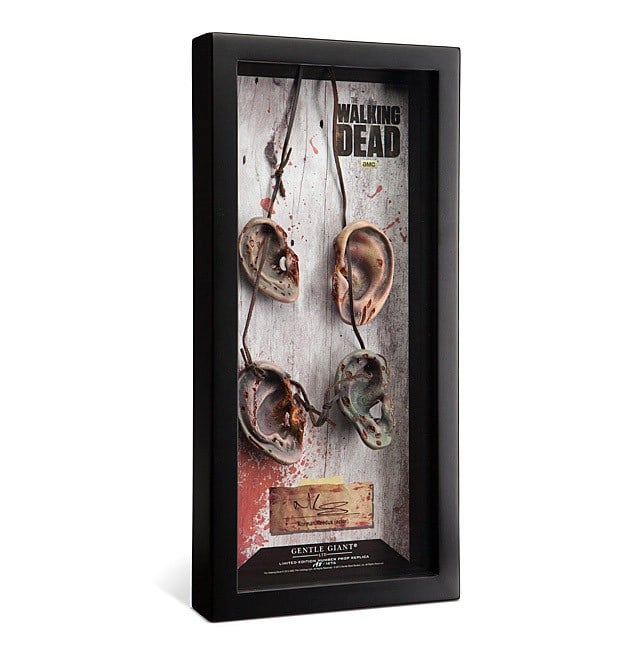 Thanks to Gentle Giant, you can own your own prop replica of Daryl’s zombie ear necklace. Only 1,676 of these will be made. Each of them is displayed in a wood and glass shadow box and looks really cool. The necklace was digitally sculpted from the original prop worn in the show. 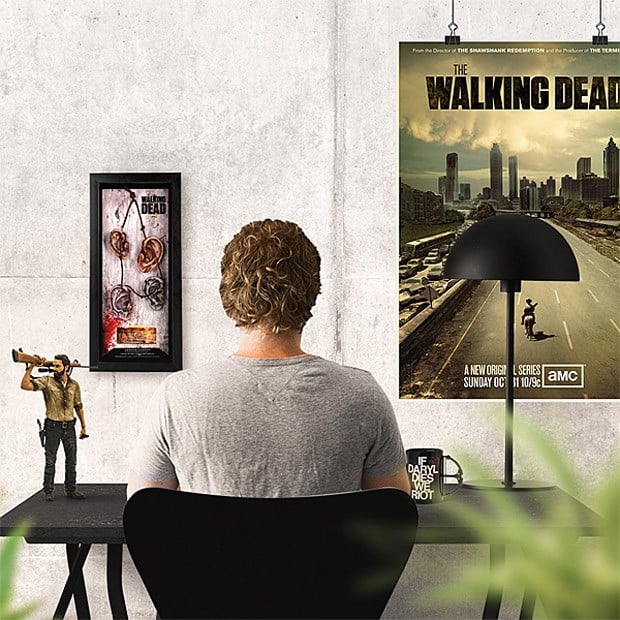 Each of them is hand numbered on the bottom of the box and has a certificate of authenticity. You can get your own set of zombie ears for $99.99(USD) at ThinkGeek. Perhaps the coolest part is that you can actually take the ear necklace out of the box and wear it and put it back without messing things up.