Robot attacks are on the rise and as technology continues forward, these incidents are only going to get worse. The latest victim is a woman in South Korea who recently called the fire department when her robotic vacuum cleaner tried to vacuum up her head. Ouch! 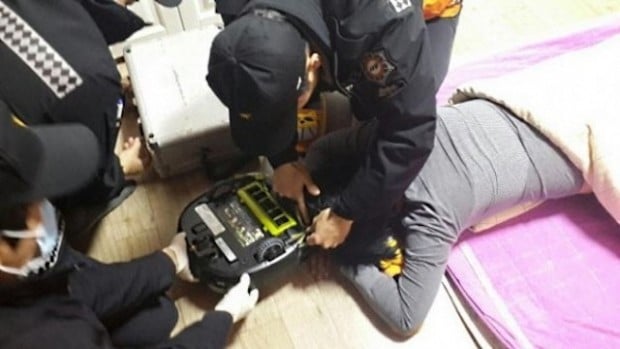 The woman had a Roomba-type of vacuum cleaner that can be programmed to automatically clean a room before returning to its station to recharge. You know, like the one your cats like to ride. Probably in response to too many cat rides, this vacuum cleaner snapped. One day, its owner was asleep on the floor when the robot was cleaning, and it tried to consume her, head first.

The woman awoke to find the vacuum eating her hair, but instead of getting a pair of scissors, she called the fire department. They managed to detach the hair sucking fiend, but something tells me this woman will eventually be done in by her robot just the same. She already has two strikes against her: sleeping on the floor with a Roomba when you have long hair and then having to call the fire department because you can’t figure out how to use a pair of scissors.