Clay animation is a very cool method of making movies and TV shows. The thing that always impresses me about the technique is the time it takes to film a sequence since each movement of the characters requires a new character to be made or at least changes to characters. If you have ever seen the stop-motion series Wallace and Gromit, these Batman and Robin figures might look familiar. 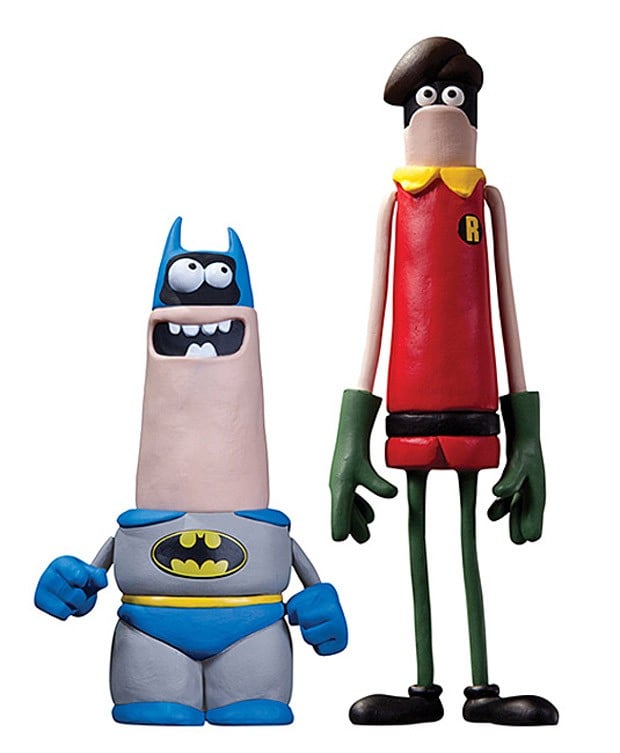 They are made by Aardman Animation, the people who created Wallace and Gromit. Robin stands 9.8″ tall and Batman is, uhm, shorter.

They look like static pieces of clay, but they are articulated so you can pose them too. You can pick up the dynamic clay duo for $39.95(USD) at ThinkGeek.