Google and toymaker Mattel are taking the classic View-Master toy to its logical evolution by relaunching it as a virtual reality headset for kids. Instead of holding cardboard disks, the new View-Master holds a smartphone and has a pair of lenses built-in. The disks are still part of the system, though now the 3D content will pop up directly on top of them. 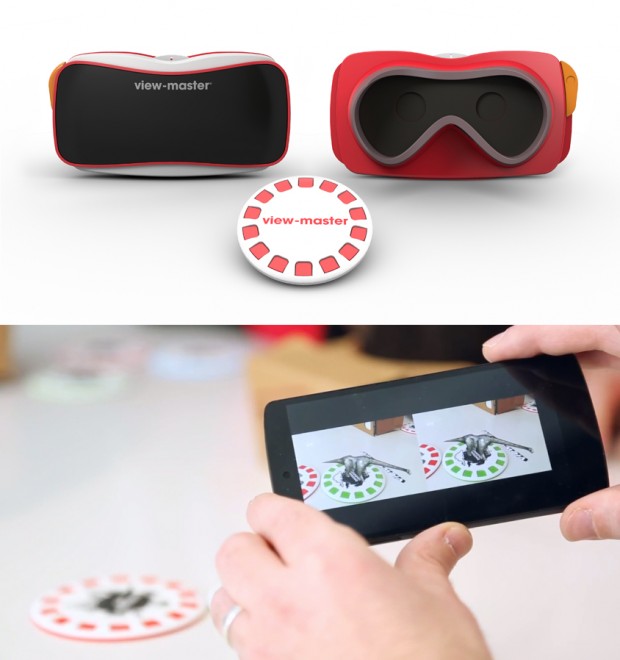 If you’re thinking that the new View-Master is just a dumb terminal, you’re right. Both the View-Master app and disks will work with Google Cardboard, which means they should work with similar VR headsets as well. That said, Mattel claims it’s working with ophthalmologists to ensure that the toy will be comfortable and safe for children to use. Here’s Engadget’s report on the new View-Master.

The new View-Master will be available this October for $30 (USD). It will come with a sample reel featuring classic View-Master images, a Space Shuttle tour and “a chance to explore a unique destination in 360 degrees.” Additional reels will be sold in packs of four for $15 per pack. Please let that unique destination be Freddy Fazbear’s Pizza.