The Death Star Is Coming to LEGOLand California

If you are a fan of LEGOLand California, you’ll be happy to know that they have a great new addition coming just for Star Wars fans. The park has been building a massive Death Star made entirely out of LEGO bricks. This will make LEGOLand the ultimate power in the universe. 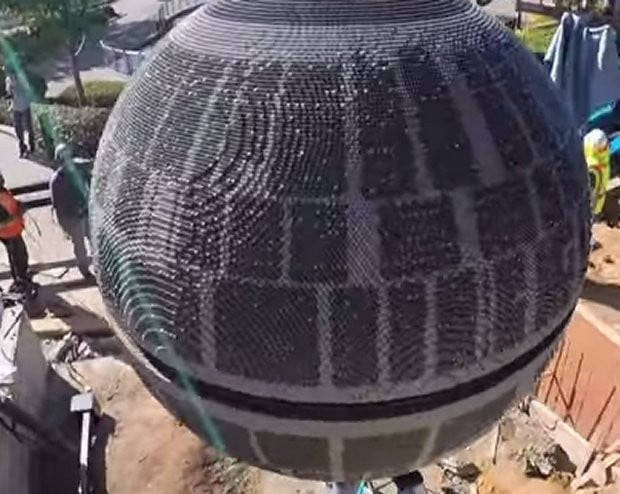 It is impressive. Most impressive! And the folks at LEGOLand are good enough that they intend not to unveil it by blowing up a planet. It will debut on March 5th at LEGOLand’s Star Wars Miniland area. There are no X-Wings ready to make trench runs, just the Death Star itself in all it’s glory. Check out the silent video below see them putting it in place. Be sure to hum along the Imperial March. Or try this instead.

This space station consists of more than 500,000 LEGO bricks and stands 13 feet-tall. It measures 8 feet-wide and weighs over 1,900 pounds.