Redditor BigBadBobBitchin made this beautiful The Legend of Zelda-themed nightlight as a Valentine’s Day for his girlfriend. The nightlight looks like an armory, with some of Link’s swords and shields displayed in front of a fake stained glass of the Hylian crest. 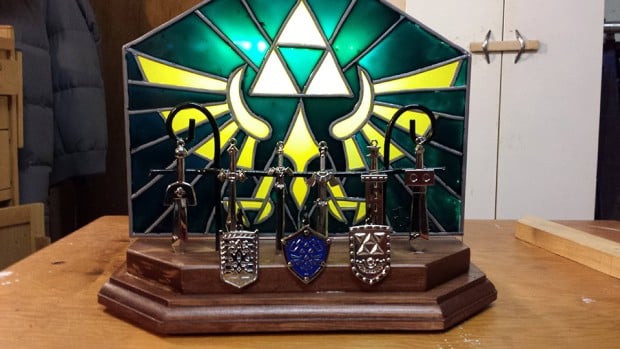 BigBadBobBitchin bought the miniature weapons at a comic convention, but he made the fake stained glass himself using plexiglass and translucent paint. He didn’t think of documenting his labor of love but as he said, you can find lots of tutorials on making fake stained glass online. 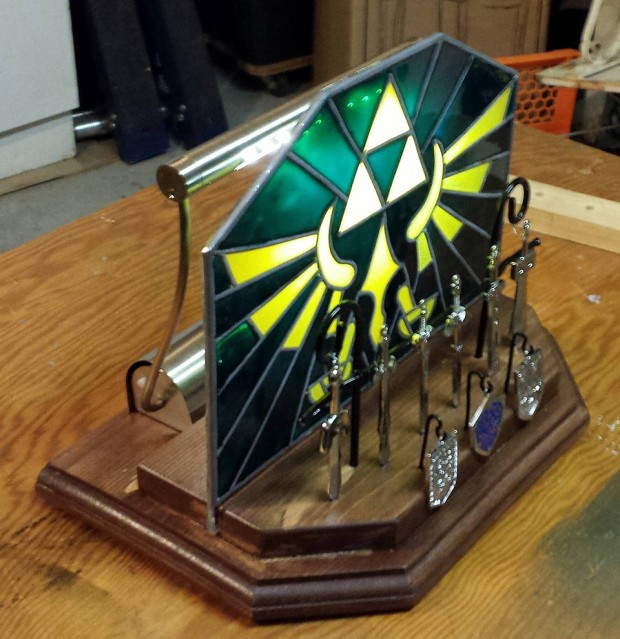 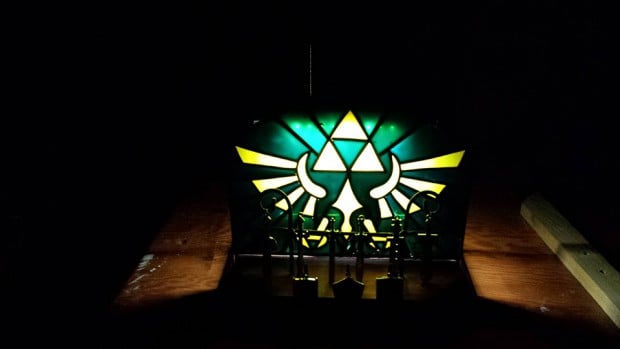 BigBadBobBitchin isn’t planning on posting instructions for making the nightlight, though he’s considering making more of it to sell. You can contact him or keep an eye on his thread on Reddit for updates.