Ever Wonder Where all the Movie Props go After Filming?

Every time I watch a movie that has a lot of props, I always wonder what happens to them when filming is done. Eventually some make it to movie prop auction sites, which suggest they are sold off at some point after filming. I also figure that some studios simply have vast warehouses filled with awesome stuff. 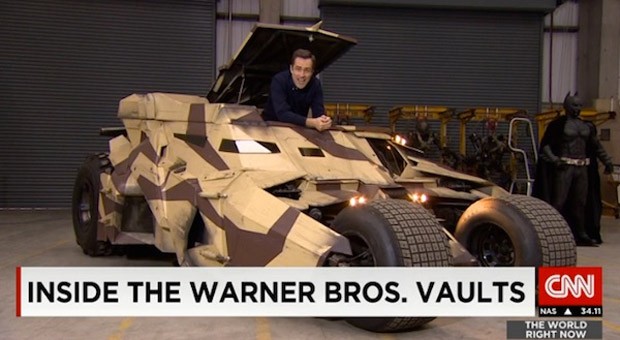 That is exactly what Warner Bros. has on the outskirts of London, a giant warehouse packed with props from some of the coolest movies it has ever made. CNN got to go on an exclusive tour of the facility, and it’s packed with more awesome than you can stomach.

There are props from the Dark Knight flicks including the Tumbler. Stuff from a lot of other geek flicks is in the building as well with gear from Harry Potter, Gravity, and Edge of Tomorrow among many others.

They should open the place up to the public, but for now you can check out some of the goodies in the video below:

[via ComicBook via Nerd Approved]