Back in 2013 we saw an old piano that was turned into a controller for Doom. The Sound Fighter project had a similar goal – play Street Fighter Alpha 3 on pianos. But whereas the Doom hack simply mapped controller buttons to piano keys, Sound Fighter mapped certain moves to chords. 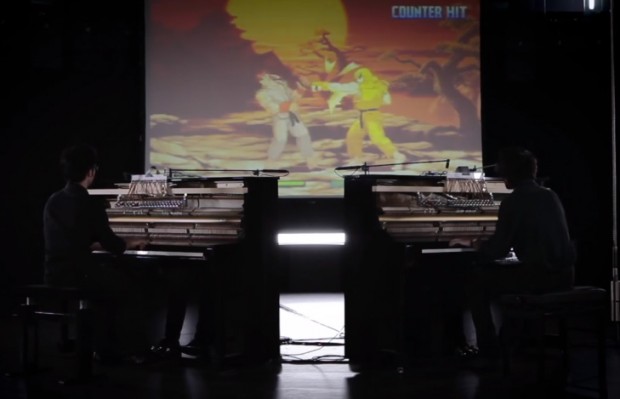 Software engineers Cyril and Eric of Foobarflies built the musical arcade machine. Each Sound Fighter piano has 20 piezoelectric sensors, a Raspberry Pi, an Arduino Uno and custom PCBs mediating the input from the sensors. Cyril and Eric chose to use a PlayStation 2 for Sound Fighter because they saw a number of PS2 hacks that were similar to what they wanted to do. 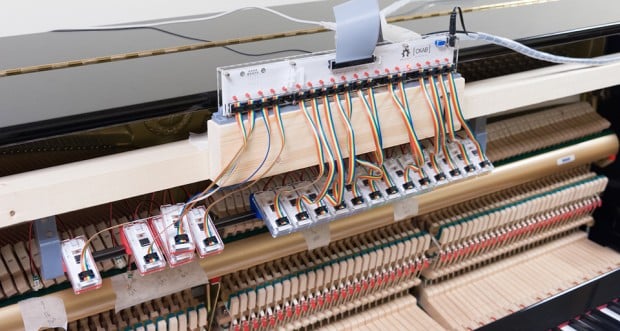 With the console chosen, Cyril and Eric settled on Street Fighter Alpha 3 as their game. At this point their pianos are PS2 controllers and can work with any PS2 game. But Cyril and Eric wanted their Street Fighter matches to require piano playing skills, so instead of a simple 1:1 button mapping, they mapped certain moves to chords, like so: 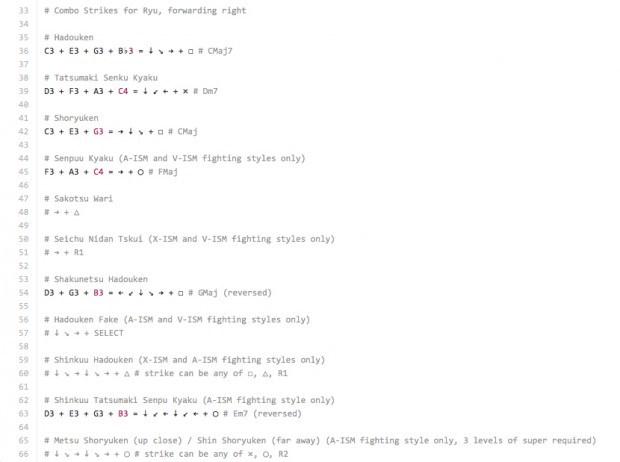 The ultimate goal was for skilled pianists to instantly become skilled Street Fighter players on the Sound Fighter. Even though the project is far from that point, it’s already functional and funny. Here’s the concept video for Sound Fighter:

It’s quite obvious that parts of the video were edited in, as evidenced by Ken’s multiple costume changes. But Cyril and Eric did get Sound Fighter in working order and even had people try it at the reopening of an old museum in Paris.

You can download Sound Fighter’s firmware on Cyril’s GitHub page. You should also check out Cyril and Eric’s comprehensive and humorous build log on their website.