A couple of years ago, I talked about Supertoy, which claimed to be an interactive talking kid’s toy. Sadly, it seems that the development of the toy has stalled, leaving many of its backers frustrated. This week a similar product called CogniToys popped up on Kickstarter, boasting the technology of no less than IBM’s Watson supercomputer. 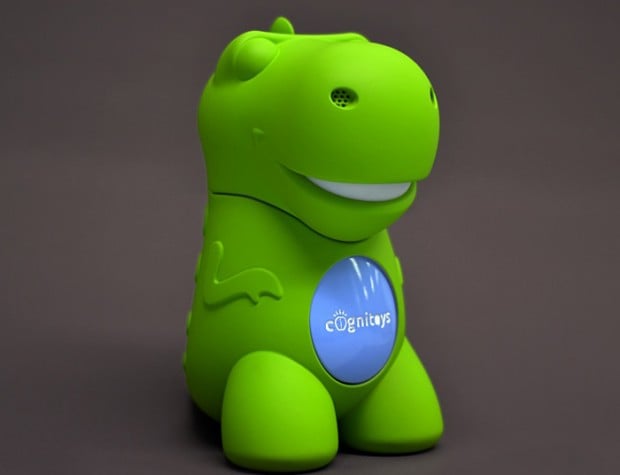 CogniToys work just like today’s virtual personal assistants such as Siri or Google Now. You press a button, ask something and it talks back. The difference here is that Elemental Path, the makers of CogniToys, are using IBM’s proven supercomputer to analyze kid’s queries and come up with relevant answers. Another difference is that the toy sounds like Yoda.

CogniToys is based on FANG, a prototype that was made last year by Majestyk; some of Majestyk’s members would go on to create Elemental Path. FANG was one of the winners in IBM’s Watson Mobile Developer Challenge. Here’s Majestyk’s pitch for FANG:

A pledge of at least $99 (USD) on Kickstarter gets you a CogniToy as a reward, but the toy has already been fully funded so there’s no harm in waiting to see what happens. You never know, it might go the way of the Supertoy and become extinct.