Man Dies Due to “Uppercut from Batman”: The Joking Kill

Stephen Merrill passed away on February 12, 2015 at the young age of 31 – because Batman punched him. According to WFTS, even though Stephen was suffering from cancer his loved ones didn’t have an official cause of death when it came time to write his obituary. In an attempt to lighten everyone’s mood, his friend Brandon Moxam suggested that they say Batman hit him with an uppercut. The joke worked, and that’s what they submitted to the newspaper The Ledger. 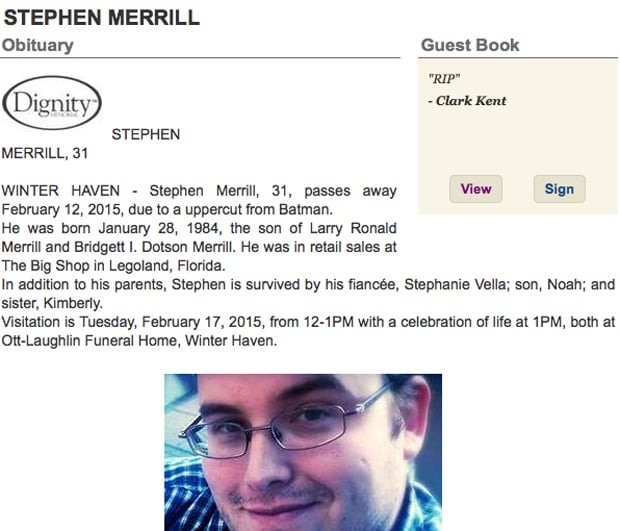 His family told WFTS that Stephen would have loved the funny article – wrong grammar and all – because “he found humor in just about everything.” The Joker must be insanely jealous of you Stephen. Rest in peace.

[via WFTS & The Ledger via The Verge]