At a time when many consider the phones people carry all the time to be the future of gaming, Josh DeBonis and Nik Mikros found success in Killer Queen, despite it being an arcade game that asks for 8 to 10 players and takes up enough space for about seven arcade cabinets. 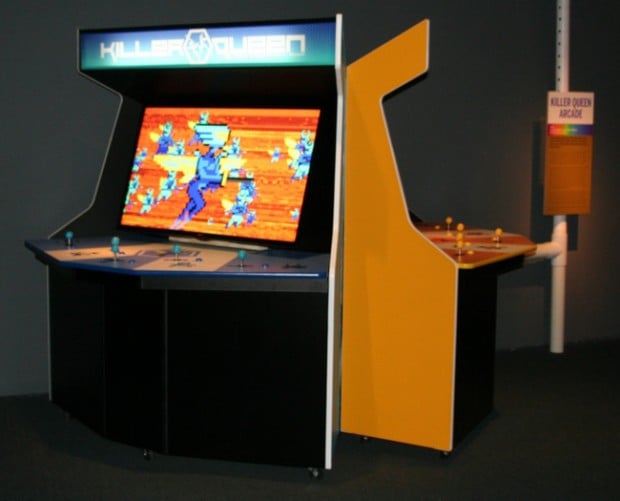 Killer Queen is a strategy game with platforming elements. Like the best arcade games, it has simple controls – each player only has one button and one joystick. Playing four or five a side, each team has one queen and three or four worker bees. 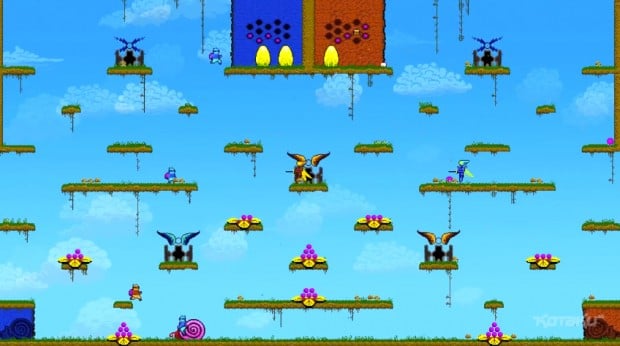 As explained in Kotaku’s video below, there are three ways to win the game: kill the enemy queen three times, fill your team’s hive with nectar, or ride the slow snail to your team’s goal. Each team’s controls and screen are in one arcade cabinet to foster cooperation and communication.

Killer Queen generated a lot of buzz a couple of years ago when Nik and Josh were only showing it off in exhibits and indie game conventions, but the game isn’t just a cute curio. Killer Queen cabinets have been shipped to five gaming establishments in the United States. Eurogamer and DNAinfo both attest to the game’s success in its debut location – Logan Arcade in Chicago – where it earns ” two to three times as much as any other cabinet.” Long live the arcade!